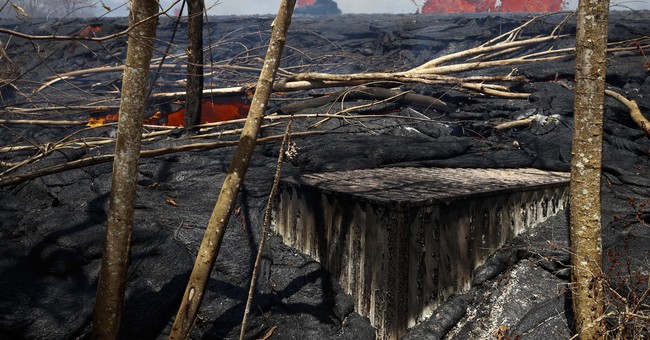 The island of Hawaii is the newest one in the state of Hawaii, and is still growing. It is the only one with active volcanoes and regular lava flows. The others were formed the same way millions of years ago, but have shifted away from the volcanic hot spot long ago. There is presently no risk of volcanic eruption anywhere in Hawaii but on the big island.

The United States Geological Survey has divided that island into different zones, depending on the risk. Volcanic activity increased in the 1980s, and, in the 1990s, after millions of dollars of losses, insurance companies started to refuse to cover homes that were in the highest risk areas. In order to cover actual damages over time, the premiums would have to be too high for homeowners to afford.

When people couldn’t get home insurance in high-risk areas, the state legislature instituted a program called the Hawaii Property Insurance Association (HPIA) to offer insurance at affordable rates when private companies would not. It is funded by forcing all private insurers in the state of Hawaii to contribute to the Association in proportion to the total amount of insurance they offer in the state. Thus the relatively inexpensive policies offered to high-risk property owners, rather than being subsidized directly through taxes, are subsidized through higher premiums for everyone else in the state who chooses not to live in a high risk zone, an indirect, hidden, informal tax on other property owners.

It is doubtless true that, though political pressure for selfish reasons was part of it, at least part of the impetus for the formation of HPIA was compassion by some people for those who would not be able to insure their homes. The problem is not the compassion, but rather the negative unintended consequences of ignoring economic reality. The situation is the same for another similar program, subsidized national flood insurance.

Insurance is an investment in profitable activity, and providers must weigh risks involved when they set premiums. The higher the risk, the higher the premiums must be to cover all related costs. True insurance is not a plan for low risk customers to subsidize high risk customers. It is a method to equalize the risk of loss so that each risk category carries its own weight. Anything else, like HPIA and flood insurance, is not really insurance, but rather some other type of redistribution scheme, regardless of what it is called.

Insurance is a reasonable way for people to share risk of major losses for infrequent, unpredictable, uncontrollable events. It makes sense to pay a portion of replacement cost every year for the peace of mind that, in the unlikely event of catastrophe, all will not be lost. Risk can be statistically determined for a large pool of policy holders. If, however, hurricane damage is known to occur every ten years or so for a particular locality, an annual premium would have to be one tenth of the damages plus administrative expenses in order for it to be viable, more expensive than most people can afford.

For both volcano and flood insurance made artificially inexpensive for high-risk areas, the perverse incentives actually put more people and property at risk, because it removes the cost of bad choices and places it on people who didn’t make them. People build more homes or more expensive ones in flood plains, hurricane-prone ocean fronts, and in areas of potential lava flows than they would if they had to pay the full, long-term cost of their choices. Hurricane damage keeps increasing over the years because more people make bigger, more-foolish decisions, only because they don’t bear the full cost. Both programs are based on the same bad idea.

Jen Psaki in a Russian hammer and sickle hat goes viral, her defense of the photograph is an odd one
Hotair
CNN Accuses Tucker Carlson of Getting His Facts Wrong, but They End up Beclowning Themselves
Redstate