Wealth Preservation: How To Survive The Bear Market Of 2018 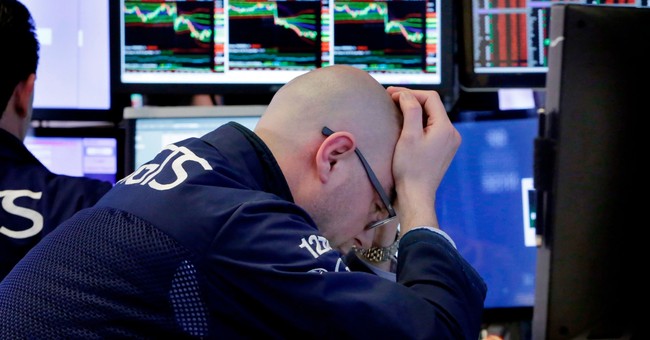 Neither a borrower nor a lender be; For loan oft loses both itself and friend, And borrowing dulls the edge of husbandry. This above all: to thine own self be true, And it must follow, as the night the day, Thou canst not then be false to any man. Farewell: my blessing season this in thee!

You can’t use Shakespeare quotes to forecast financial markets. But I’m going to try anyway.

You’ve probably heard it before. “To thine own self be true.” These days, it means whatever people want it to mean. You might hear people say, “You have to be true to yourself.” That’s nonsense.

Being true to yourself doesn’t mean anything if you don’t know who you are. “The unexamined life is not worth living,” said Socrates in Plato’s Apology. For the classical Greeks, self-knowledge was the key to virtue, and therefore a good life. “Know thyself” is the expression most people would recognize. And for good reason.

Self-knowledge is a lot different than self-belief, which is what most people seem to think it means to be true to yourself; to defend your beliefs even in the absence of logic, reason, and evidence. “Know thyself” means to understand your nature and your natural propensity to think (and act) like an angry monkey.

I’m taking a slightly philosophical path into this column because self-knowledge is one of the least understood – but most important – factors in your investment success.

Thinking for Yourself Is Hard

Take the S&P 500 right now. Its recent decline has wiped out all its year-to-date gains. At writing, it’s down about 8% from its all-time closing high of 2930, set in September.

Earnings season, so far, has been a mixed bag. Caterpillar said profits were up 46% from a year ago. But the stock fell over 7% when the construction equipment company also revealed that it’s facing higher materials costs on aluminium and steel, thanks to Trump’s tariffs.

Earnings season has been “horrible,” says Bespoke Investment Group co-founder Paul Hickey. In the run up to third quarter earnings announcements and during the first few days, the S&P 500 closed lower four days in a row and lower in 11 out of the last 13 days.

And this is after consumer confidence hit its highest level in 18 years in September!

The cash keeps flowing as well. Global ETF assets total nearly $5 trillion, according to research firm ETFGI. They increased by almost $90 billion in the second quarter.

You don’t keep pouring cash into large-cap ETFs that track the S&P 500 if you don’t think things will only get better.

The fact that expectations for future returns are high should – if you were being honest with yourself – tell you that we’re much closer to the end of this bull market than the beginning.

This led me to publicly claim onstage before a packed auditorium that stock investors are “high.” I’ve spent a lot of time in Colorado the last 12 months. Marijuana is legal there. I know how to spot a room full of people who are sky high. I could see it (even if I couldn’t quite smell it).

The only reason I can think of that otherwise smart people would think that markets are going higher from here is that they are high, in the emotional sense… a kind of EZ credit-induced euphoria.

Their thinking – and here I’m talking about investors in general – has been clouded by nearly 10 years of cheap money from the Federal Reserve. Not only has this impaired their emotional equilibrium, it’s caused them to forget themselves and lose that important quality for making good decisions about risk… self-knowledge.

If you think I’m describing you, I probably am. But don’t take it personally.

That’s what low interest rates and unsound money do. That’s what fake news and a rigged market do. They all impair your thinking. They cause you to forget yourself, what your tolerance for risk is, and the knowledge that your first job in markets is not to make a ten bagger.

It’s to not lose your capital.

Perhaps the market will climb to make new highs and the bulls will be vindicated.

Perhaps… That’s the other part of self-knowledge: knowing that at any time there is the potential for us to be proven wrong.

There’s no doubt in my mind that before this coming bear market is over, the major indexes will fall at least 50%.

Likely much more. I can’t tell you how bad it will get or how long it will last.

By the way, that’s what I think Polonius means. “To thine own self be true” means to tend to your own garden and look after yourself first.

Only if you put your fiscal house in order are you in a position to do anything for the people you care about.

That’s just my interpretation. The trouble with Shakespeare is that he always puts wise words in the mouths of fools.

But you never know where wisdom is going to come from. You take it where you can get it. There will be people who tell you to hold your nose and buy the dip after this round of selling is done.

Don’t be the greater fool.

P.S. If you’re worried about the stock market, then I’m here to tell you that you should be. A bear market is coming. Your job, as a responsible investor, is to protect the wealth you have, not to put your portfolio on the chopping block in the hopes of eking out a little more money.

I’ve recently published a new piece of research. It’s called “America’s #1 Portfolio Protection Plan.” I detail what I believe will spark the next big crash and details steps you can take today to protect your money. Read on here.