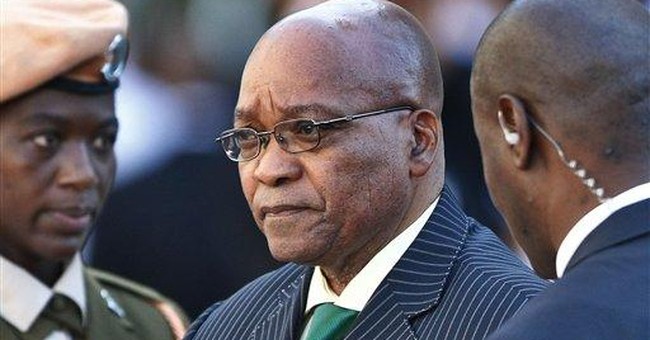 Training young people to be great wine servers is a thankless task, restaurant owners tell me, because the good ones leave for better jobs.

Ive heard this repeatedly, in one form or another, for the last two decades. But I usually later learn that the speaker was rather naive about this almost untouchable subject. Those using this defense dont usually do much staff training.

Well-trained wine servers should be seen as a treasured commodity. They guide uncertain patrons to quality wines that go with the foods they have ordered, and a happy patron is a lot better than one who is unhappy.

I could tell at least a dozen wine-service horror stories Ive encountered, either personally or from friends, that illustrate the woeful state wine service is in.

Here are a few:

-- A traveling wine executive checked into a Chicago hotel, then went downstairs for a business meeting with colleagues in the hotel cafe. She ordered a glass of the house white wine, a chardonnay. When it arrived, she asked the waitress, Whose is this? The waitress replied, Yours.

-- At New Jersey hotel restaurant, I ordered a glass of the house cabernet. The waiter arrived with what most obviously was a very old, oxidized beaujolais. Whats this? I asked. Uh, you ordered the red, didnt you? asked the confused waiter. The story degenerates from there.

-- I ordered a chianti at a chic Beverly Hills Italian trattoria. It was $42. The waiter departed and returned to say it was out of stock. I ordered another chianti. The waiter returned to say it too was out of stock. I asked which chiantis the restaurant did have. The waiter left and returned with a bottle the place had. He said it was $76. I said I wanted something in my price range. He left and came back with a wine (not a chianti) that normally sells for about $10 in retail shops, and said it was $35. In frustration, we ate our salads, paid for them, and left.

-- I ordered a glass of the house red wine, a lowly Bordeaux. When the wine arrived, I could easily tell the bottle had been open too long: the wine was oxidized. I told the waiter. Without saying a word, he sent over the manager, who proceeded to argue with me that the wine was still good. And his reasoning, he thought, was sound: He said he never gets any complaints about wines left open overnight. Oh?

-- At a New York cafe, the red wine we ordered was delivered to the table at about 80 degrees Fahrenheit I asked for a wine bucket. The waiter curtly stated, Red wine shouldnt be served chilled. I informed the waiter that I was paying for the bottle and Id like to make the wine more drinkable than the state in which it was delivered.

-- At an Australian-themed steakhouse, the wine we ordered came to the table with the cork already pulled. I asked if the wine isnt usually uncorked at the table. Oh, thats the way they do it in Australia, said the bubble-headed blond waitress. (No, it isnt.)

-- We were three-quarters through a bottle of riesling in a Los Angeles cafe when our waitress strolled by and pulled the bottle out of the ice bucket, looked for the level of wine and, seeing none, turned it upside down in the bucket, thereby discarding the last 6 ounces of wine. (The rest of the story ends unhappily.)

Sure, there have been times when the service was superb, but they remain in the great minority. For the most part, people without proper training serve wine.

When we do get fine wine service, we leave a larger tip than usual. Its the least we can do. We also thank the wine steward for the extra care and knowledge that went into our dining experience. And we let the manager know as well.

Good wine service reflects positively on the restaurant, and it often leads to greater wine sales. Too bad many U.S. restaurants fail to see the value of caring, professional service for their wine programs.

I have heard from many in the business of sommelier training. They say restaurant wine service is improving. Many large wine companies now offer wine service training; so do wholesale companies.

Yet what do many restaurants do? They seek to pay as little as possible, bypassing skilled wine professionals, and leading to horror stories such as those above.

Wine lovers dislike being served by those with little knowledge and skill. And because wine collectors usually are people with the wherewithal to dine out often, well, you can finish that sentence.

Wine of the Week: 2005 Khalkhal-Pamies Minervois, Loriza ($12) -- Minervois (min-er-vwah) is an underrated region in the huge south of France that makes a wide array of solid red wines, few of which are this rich and concentrated. Made from carignane, with grenache and syrah added for complexity, this wine has a rustic aroma of plums and forest floor earthiness, and weighty fruit in the mid palate calling for grilled red meats. A bargain.

Kanye West Announces Run for President in 2020
Redstate
NY Times tech journalist complains about online attack, omits that the comment was a paraphrase of her own words
Hotair