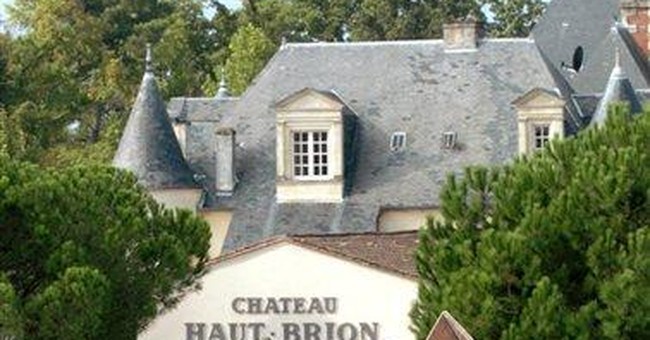 Those who seek good value in wine seem to have found that Australia and Chile both deliver nicely balanced wines at fair prices.

Indeed, with the U.S. economy struggling, all wine producers are keenly aware that wine is generally an optional purchase. And as a discretionary purchase, they have been sensitive to keeping prices as reasonable as they can.

Yet it has always seemed, since both nations first started importing wine here in a major way about 25 years ago, that Australia and Chile have done a superb job of keeping prices down.

One reason is the lower cost of labor. Both nations have mechanized a lot of the work that once was done by hand. Another is the cheaper cost of land.

But Australia, with a wine culture that dates to the early 19th century and predates Chile by a long way, seems to have developed more tiers in its wine arsenal. Beyond the bargain basement stuff there are many higher priced wines that sell for $25, $50 and even more.

The vast majority of these are from some of the tiny family-owned brands that make up about 95 percent of Australias estimated 3,000 wineries.

In the last few months, Australia has begun supporting a wider array of regionally distinctive wines that sell here for a bit more than the $7.99 many Americans have become accustomed to paying.

At a recent Master Class on Australian Wine held in San Francisco, Aussie government officials poured nearly 50 superb wines that displayed a lot of fascinating but nontraditional flavors. The wines were served to show the great diversity of Australias 64 regional growing areas.

Most of the wines were well above $20, but seemed to be worth a lot more than their price tags indicated.

What was so captivating about these wines was that so few of them were mainstream in flavor; most were distinctively different and showed off their differences.

As winemaker Rob Mann of Cape Mentelle in Western Australia said, In a crowded marketplace, you need to be different.

Another aspect of the tasting was the differences in grape varieties and wine styles, such as the bone-dry rieslings, the mature semillons, and the deeply concentrated grenaches.

During a break, while glasses were being refilled with yet another flight of interesting wines, an attendee asked one wine merchant about the price of a $40 shiraz.

Isnt that a lot of money? she asked. The San Francisco wine merchant, who specializes in Australian wines, replied, Ive been saying it for years. Australia over-delivers. This is an $80 wine that people can get for half-price!

Yet two sommeliers who attended the session each said that consumers seeking new styles of wines and new tastes are finding these regionally distinctive wines to their liking and are willing to try them.

The U.S. is an important market for us, said Paul Henry, general manager of market development at Australian Wine and Brandy Corp. Australians have already shown they love these wines, so we really dont have a major problem selling them at home. But were proud of them. Thats why were here.

The Master Class, which has already been held in Las Vegas, will make stops in four more U.S. cities as the Aussies gear up to send us more interesting regional wines.

Wine of the Week: 2007 Wakefield Riesling, Clare Valley ($17) -- This was one of the highlights of the Australian wine event. The aroma has brisk flavors of minerals, grapefruit, lime, and pear, and the taste is typically bone dry. A great accompaniment for oysters or simple grilled seafood.