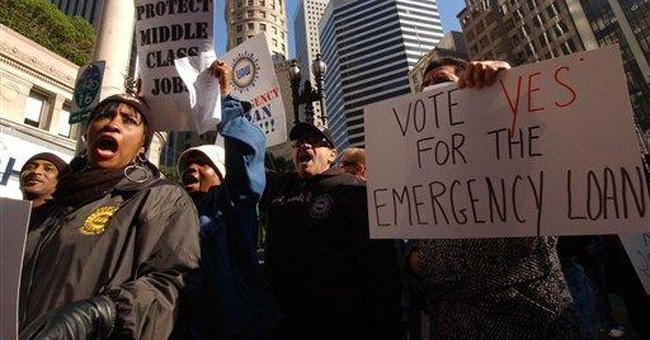 San Francisco's Fillmore District is known far and wide as the launching pad for The Jefferson Airplane, The Grateful Dead, The Jimmy Hendrix Experience, The Doors, Big Brother and the Holding Company and other bands that put psychedelic music into orbit in the mid-1960s. Home of the "San Francisco Sound" was rock promoter Bill Graham's Fillmore Auditorium that still stands as The Fillmore.

In the 1930s, Fillmore Street was lined with jazz clubs, which slowly vanished. But today they are making a comeback as part of a neighborhood renaissance. For example, there are Yoshi's and 1300 International, which are new and purvey food and drink along with soft blues and wailing horns.

But it's The Elite Cafe at 2049 Fillmore St. (www.theEliteCafe.com) that transcends the trends and generations on the boulevard and is now a favored hangout for locals, business travelers and vacationers alike. It has the history, friendly bar, New Orleans cuisine and relaxing personality that's worth a 10-minute taxi ride west from downtown

Born in 1928 during Prohibition as the Lincoln Grill, it became a chop suey house four years later called the Asia Cafe. Reliable sources say it was a front for a basement bookie joint. As the story goes, the phone company was baffled by a cafe that didn't do takeout yet had 50 trunk lines. One story says the Asia Cafe ran a full gambling operation in the cellar, but I can't prove that.

In 1981, it was given a Cajun makeover and renamed The Elite Cafe by flamboyant restaurateur Sam DuVall, who also owns Izzy's in San Francisco's Marina District and Larkspur, Calif.

Current owner Paul Snyderman has kept the Cajun theme, but the food is more authentic. The interior and exterior have been hardly touched: wooden booths, tables and chairs, and white linen tablecloths and napkins. The polished mahogany has a few scars. From the high ceiling wooden-bladed fans with art deco lights whirl lazily, reminiscent of jazz joints in The Big Easy.

In a relatively recent facelift, Snyderman had the good sense to use restraint. The oyster bar and sofa are gone, replaced by tall bar tables and chairs for more seating. And there is outside seating on Fillmore Street with towering electric heaters for warmth.

Better yet, the bar opens at 4 pm. No two-for-one "happy hours" that would only attract tattooed 20somethings looking to get polluted for cheap, The Elite is more upmarket. From 4-6 p.m., patrons can get six different oysters on the half-shell and a flute of Veuve Clicquot Champagne for $24. What's more, to build up its first hour business, three of prep cook Dona Luisa's stuffed devil eggs and The Elite's fresh-out-of-the-oven biscuits are free appetizers. After 5 pm, they go on your tab.

I like the upholstered bar chairs at the east end of the L-shaped bar, and the circa-1920 swivel chairs and lamps bolted down at the west end. Even though the decibel level can drive you daft, the atmosphere is cheery.

The Elite's attraction for many of its customers is the bartenders. They're mostly in their 20s and 30s, but they are pro mixologists with cocktail and conversational savvy. At the risk of leaving one out, the barkeeps to look for are Jake, Fabian, Barry and Thara. All are personable and welcoming. No arrogance or attitude.

Like most friendly saloons with food, the Elite lets you eat at the bar. Linen is unfurled, the French bread is pretty good and there's a good choice of dishes on the menu. Some dishes and drinks are on the pricey side, but Snyderman and his staff don't skimp on portions.

At least 20 wines are served by the glass, which makes the Elite a standout saloon in my opinion. Too many bars pour four to six wines by the glass. A good wine at a lower price is the 2006 Mezzacorona, an Italian chardonnay for $6.50. A glass of pedigree 2006 ZD chardonnay from Napa is $13. There's a Cakebread sauvignon blanc for $12; a Russian River Ridge zinfandel at $14; and a North Coast Silver Palm cabernet sauvignon for $7.50.

Some bubbles? Choose from a 2004 Domaine Carneros Brut made in Napa by the sparkling wine house Tattinger for $10.50 or the Veuve Clicquot Champagne Brut -- sans oysters -- for $17.50.

The Elite has a list of 10 specialty cocktails -- some classics and some house-created originals. If you're a swashbuckler, try the Bananas Foster, a mixture of Captain Morgan Spiced Rum, banana liqueur, Godiva white liqueur and a splash of cream, $12. The Sazerac, said to be America's first cocktail, born in New Orleans, combines Russell's Rye, both Peyschaud and Angostura bitters, laced with Herbsaint and garnished with a twist of orange peel, $12. Elite makes a margarita well worth the $11 price tag-a merger of Herradura Silver and Patron Citronge, fresh limejuice and housemade sweet and sour. Well drinks are around $7.

Suds lovers are not shortchanged at the Elite. Eight taps stand at attention behind the bar. Try Abida, a New Orleans amber ale at $5 a pint. Barman Jake says Elite might be San Francisco only bar with the New Orleans brew on draft.

It's 8 pm on a Thursday. The Elite is packed -- bar, tables and booths. Dinner arrives -- a smallish bowl of California Seafood Gumbo, a thick broth packed with shrimp, scallops, oysters, crab, and a mini bottle of Tabasco on the side. It's $10.75 and there are two bigger sizes. I skipped the sides of fried okra, $5.50, Cajun French fries with chipotle mayonnaise or the spicy, slow-cooked collard greens for $5.25.

Another big plus for The Elite Cafe is the bouillabaisse of people who come in to elbow bend and unwind. On two barstools next to me are Tony and Annie Lovell, out celebrating her birthday. Says Tony, an Australian, "I remember when this was the Asia Cafe." So tell me, was there a bookie operation or a gambling den downstairs in those days? "You're kidding," he replies. "If there was, I never saw it."