Round Trip On Northwest: No-Frills, No Problems 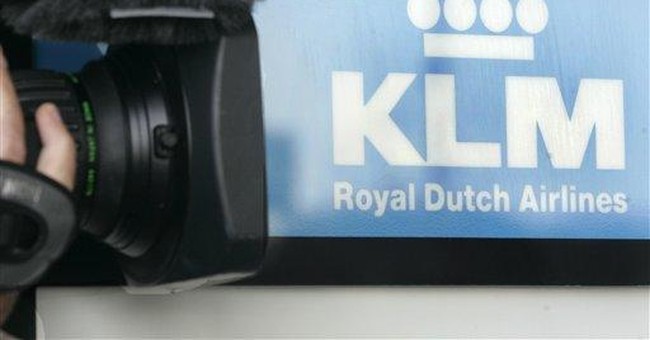 Northwest Airlines reputation for passenger service has taken such a fierce pounding over the years that I was reluctant to buy a round-trip ticket from San Francisco to Madison, Wis., even though I snared a good fare. Im glad I did.

The one-stop flight was uneventful. Just plain, no-frills air travel that arrived on time, and we didnt sit on the tarmac or at the gate. Yet buying the ticket was frustrating.

Example: I tried booking the flight on Northwests website (www.nwa.com) and found the perfect itinerary for $319. But when I tried to lock it in and pay for it, the system electronically rebuffed me three times. A colleague told me you need to be pre-registered to use the site and when you navigate around, you find various requests for your World Perks frequent flyer number.

Rather than waste more time, I called a live reservation agent (1-800-225-2525) and after a few voice prompts, wound up with Pat, who was friendly and helpful. Mercifully, Northwests central reservations system does not have an automated agent grilling you with questions before you are passed along to the human agent. (Delta and United have computerized voices practically interrogating you and hitting the zero on your phone doesnt always let you get out of their digital clutches.)

Northwest, like most of the big six airlines today, charges you an extra $20 to book a flight through central reservations. But it was worth it because Pat replicated the exact itinerary and fare I was unable to book online. That was important, because I wanted to connect through Northwest Minneapolis-St. Paul hub rather than Memphis, where youre often jammed into a claustrophobic 45-seat regional jet for the final leg to Madison or other destinations.

Still annoyed because I couldnt book my ticket easily and on-line, I called the NWA.com customer service line and waited about five minutes to be told there is no restriction, registration or requirement for a World Perks membership number. I pressed on why I was thwarted but the representative stood her ground and said if the name entered for the reservation doesnt exactly match the name on the credit card, it will be rejected -- a factoid most every business traveler knows.

Checking in at San Francisco International at 5 a.m. was refreshingly easy. Coco changed my middle seats to aisles on the two outbound flights, collected $15 for checking in my garment bag. (Actually, you pay with a credit card -- no cash -- at the self-check in terminal.) I could have saved a few dollars, the risk of a missed bag connection and a lot of time at the baggage carousel by taking my garment bag aboard. You get two free carry-ons. Checking a third bag is $15, a fourth is $35 and a fifth bag and anything beyond is $100. But every one of the four flights was packed to the gills and overhead bins were stuffed. So pay the $15 unless youre traveling light.

Naturally, Northwests boarding procedures is a pain unless youre first class, World Perks elite or you paid extra for certain aisle seats. Then you board first and on a red carpet. After that, instead of loading the back of the plane first, economy boarding is a cattle rush, especially on a narrow-body 757, which Northwest flies a lot. Loading is especially slow and agonizing. We took off 20 minutes late but the pilot made up the time.

On my four flights, most of the flight attendants went through their motions without much personality, with the exception of one guy who was a real charmer and seemed sincere in telling me he loved his job. That takes a lot of loving because several Northwest flight attendants said they have taken 40 percent pay cuts and benefit reductions in recent years.

No surprise there is no meal in coach on the nearly four-hour flight from San Francisco to Minneapolis-St. Paul. And no sandwiches either. The $5 snack box is mostly chips and cookies and calories and carbs. First-class passengers on this flight had a cold breakfast. Bring your own vittles from home and read the labels on any packaged food you buy these days. One $9 turkey and cheese sandwich I was eyeing had more sodium than the average human should ingest in one day.

The return flights from Madison, connecting at Minneapolis-St. Paul, were 100 percent sold out. This time, I couldnt wiggle out of my window seat and I couldnt use my laptop because the woman in the seat in front of me leaned back and slept. Worse yet, www.seatguru.com reports that Northwests seat pitch on its 757-200s and 300 series start at a misery inducing 30-inches and goes up to 33-inches depending on the routes flown.

If you have to work en route, take some yellow pads.

Or fly first class. Ron and Kelly work for the same pharmaceutical company and fly regularly between Madison and Minneapolis-St. Paul. They have World Perks gold and platinum standing and practically chorused that these flight attendants are phenomenal. Said Ray: They greet you when you come aboard and you feel welcome. Added Kelly: Thats not always the case.

On the other hand, Kelly said Northwests World Perks frequent flyer program is better on upgrades than any other airline. If youre a road soldier, thats the endorsement you want to hear.