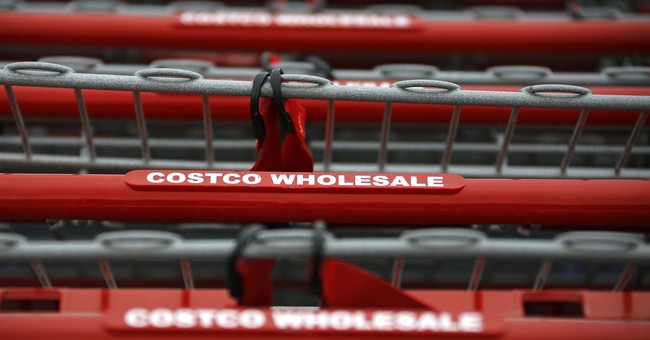 The decision of three west coast Costcos to reject money for the Children’s Miracle Network has it a nerve.

For the most part, the responses were respectful, but direct.

“Any company that cannot support the citizens and the Constitution of the US WILL NOT have my support,” said one reader of the story.

And this next one represented many others:

“I loved... Costco.... PASTED [sic] TENSE.. I'm paying my balance and canceling my membership.  I pay 100.00 a year to shop there and they are rejecting charities because it's a gun store!?! This is infuriating!!!”

Some read louder than others.

“LOOKS LIKE ILL[SIC} BE GOING TO SAMS CLUB FROM NOW ON.”

Others aren’t as dogmatic.

“Looks like I might be giving up my Costco membership. I am not going to give up on the 2nd Amendment.”

One spoke for a lot of happy Costco customers: “I really hope this is a fake story because if I have to stop shopping at Costco it is going to really make me mad.”   Sorry, this is not a fake story.

Yet another: “And now Costco goes on the list of companies with which I no longer do business.”

One reader came up with a plan, suggesting “the people/employee who complained should pay the $500 dollar donation.”

Along with Reno, Costcos in Citrus Heights and Roseville, California have turned away $500 per store designated for the Children’s Miracle Network. The simple reason: the giver is Sacramento Black Rifle.   And each donation comes with a banner, and these Costco stores want nothing to do with guns.

Sort of.  They sell gun safes.  More on that in a moment.

According to the Costco corporate office, the problem began when customers complained about the banner in one of the stores.   “I think it’s because a lot of the shootings that is going around,” Costco corporate rep Julian Vento explained to me.  “I do know that there were… Costco members who complained about banners and that’s why it was taken down.”  I used the ellipses because Vento started to say “Costco employees” but corrected himself.   The exact same issue occurred in my original story: The Citrus Heights Costco reportedly told Black Rifle it was an employee complaint, before changing it to a “customer complaint.”

What are the odds this happens again at the corporate level?

But, to be honest, he didn’t sound all that convinced himself. As we discussed the reasons behind the rejection, it felt increasingly corporate.  After all, the Roseville manager who allegedly made the decision refused to comment and would only refer me to the corporate office.

And that brings me back to Costco corporate rep Julian Vento, who said “I do own guns myself” after admitting the money was turned away because of “that gun thing going on.”

I asked  Vento about the same store, Roeseville, where there is an apparent pro-marijuana sign on display.  I say “apparent” because, again, the Roseville manager would neither confirm nor deny the simple question of whether there are other banners in his store.

“Nobody has complained about marijuana or alcohol banners,” Vento insisted.  I didn’t mention alcohol, though it is noted in the original story, so apparently he had that nearby.

Costco also sells gun safes, as I mentioned earlier, but Vento has no issue separating it from actual guns. “It’s about guns in general.”

“But isn’t the idea that people put guns in those gun safes?” I asked.

“That is just a safe so, we don’t actually sell guns.”

Gotcha. But you are okay promoting marijuana use, even though you don’t sell marijuana.

Meanwhile, the response over at Sacramento Black Rifle has been spectacular.

“We’ve been getting calls from literally everywhere” store manager Nate Woodward told me.

Over at Costco, the response has not be so glowing.

“I know I’ve kind of heard a little bit about it” Vento said, shortly after he told me “not so much.”

I asked him about the number of cancellations received over the brouhaha.

“That one I cannot disclose on.  But I believe I’ve heard that probably just as much as you’ve heard.”

Oh. I’ve heard a lot.  So that can’t be good news for Costco.