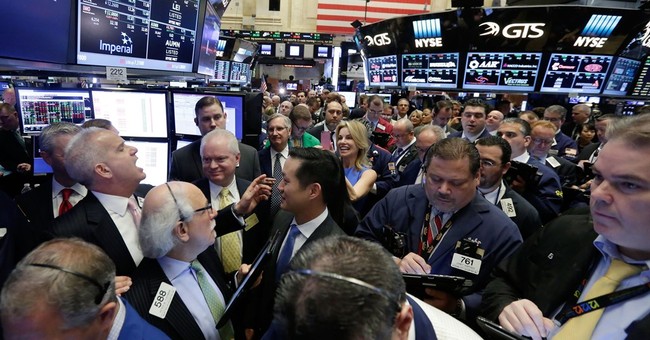 For all the issues cited as cause for concern with the stock market, it turns out that the one with the most immediate influence is the debt ceiling debate. I was very worried about President Biden rounding up Wall Street executives to regale the public with tales of gore and horror if the nation misses debt payments. This group even had the nerve to mention “morality,” which is rich, considering how easily they take chances that impose risks on everyone.

In a closed meeting, Senator McConnell told Senate Republicans the GOP will offer Senator Schumer an expedited reconciliation process if Democrats use it to raise the debt ceiling or will offer a short-term debt ceiling extension until November.

The market only gave back what it got with respect to this debt ceiling nonsense. No one is really afraid, although it felt like we were all sitting around a campfire as the lead council told frightening tales.

The market will tank.

The debt ceiling and default is a meteor that threatens to crash into our economy.

At some point, I was hoping we’d get a wink-wink to acknowledge we all were in on the joke. The stock market bullied everyone, from the Fed to the President’s attempt to hijack rallies to achieve gain.

Meanwhile, President Biden continues to be haunted by the botched withdrawal from Afghanistan, causing independent voters to look to the GOP on prosperity and feel secure.

I think it’s also emboldening members of his party to act out more belligerent toward each other.

Yesterday, was the biggest intraday reversal for the S&P 5090 since February. But the index has work to do to get on the right side of the trendline and 50-day moving average.

Once again, it was growth to the rescue – bringing the heat.

Market breadth was nothing to write home about, and there were even more decliners than advancers on the NYSE. But it was the new lows that stood out most.

Although the reversal was impressive, the action was very defensive in nature, as Utilities was the sector to be in followed by Staples and Real Estate:

We added a new position in Consumer Discretionary in our Hotline Model Portfolio.

What a difference a day makes.  Yesterday’s reversal continues this morning and has picked up speed.  While headlines are focused on a DC truce (for now), and temporary debt ceiling relief, there are more consequential things happening.

Maybe, just maybe, we are at inflection points with the most pressing concerns.  There is no doubt near-term we are in the thick of it, especially with inflation.  It’s been pointed out that the last seven recessions were preceded by spikes in gasoline prices, and they are not coming down anytime soon.

The Atlanta Fed sees third quarter GDP at just one percent, and still the Fed plans to taper soon, and maybe hike rates next year.  Note, there is consensus for two rate hikes next year. I still think its zero.

Delta Variant is coming down, and while the media demonization won’t stop, people are moving on with their lives and they really want to live.

We have to brace for lots of caution during third quarter earnings calls, but maybe supply chain and shipping issues are inflecting enough to get a glimmer of hope.

Be Cautious but Not to Fault

I have to say individual investors’ instincts have been much better than Wall Street’s, as bullishness plunged before the market became wobbly. This morning, we learned individuals remain cautious – less bullish but also less bearish.