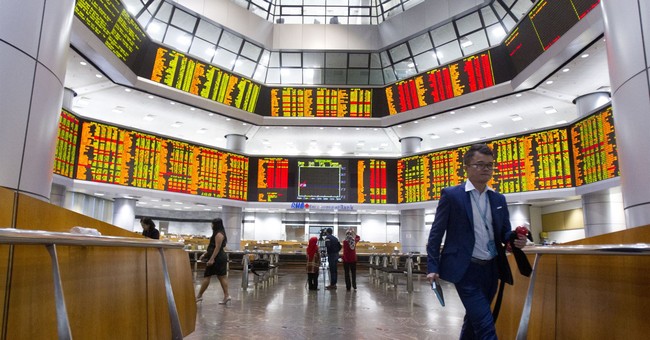 According to Newton’s First Law of Motion, sometimes referred to as the law of inertia, an object at rest stays at rest, and an object in motion stays in motion with the same speed and in the same direction unless acted upon by an external force.

In the market, the forces that stop and reverse motions are hard to discern because, like gravity, they can largely be invisible. In the case of trading this week, emotions sent stocks in one direction, and clear heads and fewer emotions (external force) turned it completely around.

I guess when it’s all said and done, we have seen stocks whipped around with sound and fury, and yet the same questions that have lingered for weeks are largely unresolved

Most of my Wall Street friends are saying bond yields will roar higher at some point this year. So, they are sticking to their guns on an approach that starts with ignoring the bond market right now, and assuming a sharp reversal.

I do not see how that can happen as supply chains are repaired, demand is curbed, and initial shocks from reopening the economy wear off. I get that there is inertia built into prices and consumer expectations, but at some point, the pace of increases will slow, and the whole thing will grind to a halt.

There are wildcards from Fed policy to the Delta variant and Congress rams through more spending.

Green on the Screen

The big names showed up, but the reopening trades got a second wind after being written-off on Monday. The top-ten movers included:

It was a nice turnaround, but it has a long way to go. There are still more 52-week lows than highs on the NASDAQ Composite.

It will be a long slough as each company will have to convince investors they can hike prices and not suffer decreased volume.

Netflix has been what many investors call “dead money” for the past year, but over the past year, the stock is still higher than Apple (AAPL) and dwarfs the return for Disney (DIS).

It might be time for management to make acquisitions to spark growth.

The Russell 2000 was in trouble, hovering right above a key resistance point and not only held but rallied more than 3% for the best performance of all major equity indices. The S&P 500 brilliantly bounced off its trendline and 50-day moving average. Impressive.

Make sure you tune in today to my special: “Proud American, From the Military to the Marketplace.”

We added to Technology yesterday in our Hotline Model Portfolio.

Upside momentum continues but the pre-opening action is not convincing, and Nasdaq is in the red. There are still a lot of questions and now all the major indices are facing new resistance points (record high prints).

Still looking for that earnings spark, which hasn't happened (consumer cyclicals reacting the best from beats, see PEP last week and KO this morning), but this sector is not going to lead the broad market higher.

Share this on Facebook
Tweet
DeSantis Blasts Biden: 'Why Don’t You Do Your Job?'
Katie Pavlich|
Biden's Approval Down in Yet Another Poll
Rebecca Downs|
To No One's Surprise, COVID Has Returned to Wuhan...And It's Not the First Time
Matt Vespa|
Psaki Again Blames Republicans for Crime Wave While Defending ATF Nominee Chipman
Spencer Brown|
This Swing District Democrat Has an Uncomfortable Connection to Group Promoting Critical Race Theory
Rebecca Downs|
Clown Town: COVID Experts Get Buckshot to the Face Over Latest Advice About Wearing Masks at Home
Matt Vespa|