The S&P Is Due For A Pullback 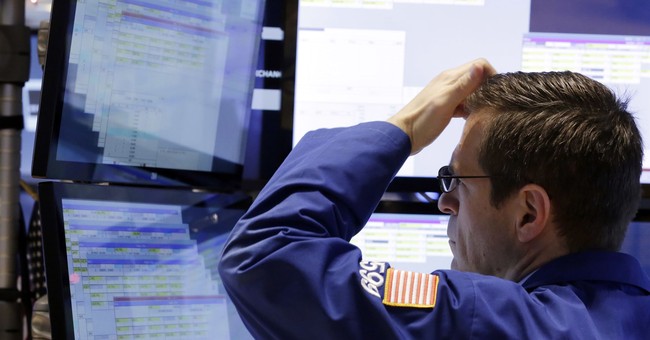 It would be easy to say yesterday was an inconsequential session because major indices barely budged after spending the day bouncing around in narrow ranges.

There are a lot of experts that are worried the market hasn’t had a pullback in a long time. I saw where Sam Stovall, Chief Investment Strategist at CFRA, pointed out that the S&P 500 has had a decline of at least 5% on average every 178 days since World War II.

Currently, it’s been 292 days without a 5% pullback.  This is the longest streak since the market went 715 days before stumbling 10.8% in January 2018. I have already written that every single sector has endured a 5%+ pullback this year, which put everyone through a period of stress at some point or another.

I’m less concerned about that kind of trivia stuff. There will be a pullback, a correction, and there will even be more bear markets. Global fund managers, surveyed by Bank of America / Merrill Lynch overwhelmingly see a downside in the next six months:

I try to never guess tops, and as much as it hurts to be down in a stock, it’s more painful when that name crosses the tape with a significantly higher share price than you originally paid after you’ve sold it, mostly out of frustration. On that note, I saw this stat yesterday that historically, if there is not a 5%+ pullback (drawdown), the market rallies 8% in the second half of the year – otherwise, the average is 4% or less.

But This Rally Isn’t Pretty

Also, I’m more concerned with the crummy market breadth – this really is a pullback right now, even as major indices print new records.

Look at yesterday’s market breadth – unmitigated misery -significantly more decliners than advancers and more 52-week lows than highs on the NASDAQ Composite. Volume was anemic and heavily tilted toward sellers who have far more conviction than buyers.

In the S&P 500, only four sectors were higher, and three were traditional havens (Utilities (XLU), Real Estate (XLRE), and Consumer Staples (XLP)). Leadership was all over the place with signs of bargain hunting, Newell Brands (NWL), and buying the dip, American Airlines (AAL), and betting on the consumer CarMax (KMX).

Meanwhile, the selling was not just about lower quality names taking it on the chin, but even high-quality tech names took it on the chin, which pressured the NASDAQ Composite.

The only place where high Beta rocked was mega growth, mega-cap, and household names with trillion-dollar valuations. They are the comfort food of the market for all investors. It is why the NASDAQ-100 (NDX) keeps rocking as other major equity indices struggle.

Incidentally, all these indices are up the same amount over the past 52-weeks except the Russell 2000, which is miles ahead even with recent weakness.

Some of this is profit-taking and concerns about valuations. But one of the characteristics of the rally has been the fact that winners stayed strong, and investors had the confidence to buy them at higher prices.

There are no changes to our Hotline Model Portfolio this morning.

Markets under pressure all morning and now digesting lots of economic data.  There has been selling into rallies this week, which means big resistance for the NASDAQ Composite up to 15,000.

The same selling into rallies is happening in the S&P 500, which means the next breakout happens north of 4,400.