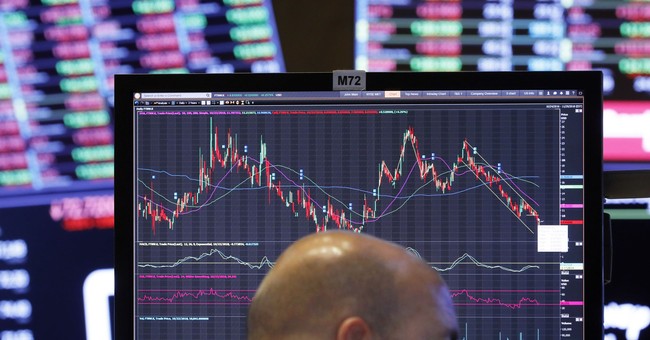 All of a sudden, the hottest stocks are the weakest, which is only natural in a period of rising doubt.  The doubt is centered on the Federal Reserve and whether Powell & Co can pull off their expanding mandates and defy history by also holding off inflation despite record amounts of money printing.

Meanwhile, investors are still reluctant to move completely to the sidelines and many are piling into investment themes with a focus on near-term gains – without regard to recent moves or valuations.

That means the reopening trade will continue to find fresh buyers, which is sort of ironic given how many of these names like Live Nation (LYV) and Expedia (EXPE) are already trading at all time highs.

The point is there doesn’t appear to be a wave of fear as one might assume or hear on the news.  The rotation is into less influential names (most major indices have weighing systems that overemphasize larger capitalization names).

One reason I come to this conclusion is the continued weakness in traditional safe haven sectors, including Utilities and Consumer Staples.

We made adjustments in the Hotline model portfolio.  Taking huge profits in ATKR, upping Financials, and lowering Technology weights.

Special Purpose Acquisition Companies or SPACs have taken Wall Street by storm, and for many, it has become like the wild west – a good old fashioned money grab where elite insiders make big money as investors take all the risk.

Conversely, I have been a long time critic of the current ways great investments are slow-walked to the public market. They trade privately, and the same people get to buy them before giving the general public a bite at the apple via an IPO, which is exponentially higher than what early investors paid.  This guarantees that the richest folks on Wall Street, and in Silicon Valley, make the most money over and over again.  Meanwhile, many of these companies become household names and have large bases of potential buyers that are going to chase the stock.

So, I have been torn from the beginning and for the most part have been doing SPAC names only as trading ideas.

This morning, Churchill Capital (CCIV) provides a great example of why many SPACs carry inherent risk and complexity beyond the experience of many individual investors.

Yesterday, my wife went to see a new foot doctor.  While there, somehow, they began to discuss the stock market, and he was excited about Churchill Capital.  My wife has done extremely well in the market over the past few years often with high-risk ideas I share with her.  These are not trading ideas, but at some point, they all moved into the hot trade lane.

She sent me this email: Subject Line: ???

My Reply: we closed it out - I'm spying a couple penny stocks

She didn’t get a chance to share my email with the doctor, but last night, she said there is no way he would have sold.

It's great to be excited and believe the story but know a few things about the market.  When everyone knows the rumor, and it becomes reality, selling is not unusual.  That was made worse by the fact new investors in Churchill are only paying $15.00 a share.

Some of these SPACs are going to be huge, but for now, I am okay trading the hype and have no problem investing in the fundamentals later.

This morning, Home Depot (HD) and Macy’s (M) posted quarterly results, and the former will be down at the start of trading, while the latter is edging higher.

No Guidance: Management does not know how long the global health crisis will last and what that will mean for consumer spending.

The big box stores had little competition during the pandemic and now have no idea what’s going to happen when smaller rivals are allowed to do business.

There are reasons to be excited about businesses heretofore denied the ability to operate, as the economy is expected to move into overdrive.  The survey of economist by Bloomberg sees 2021 GDP at 4.90%, which is a long way from the 1.81% consensus back on March 18, 2020.

I think the best way to assess key technical levels is going back to the March 23rd lows.  That would be the most reasonable starting point considering weaker hands had already been flushed out.

Although the NASDAQ is coming down faster than other major indices (blue line), microcaps are edging higher and the Russell is holding up nicely.   I suspect the additional selling pressure in the NASDAQ is the swift retreat from stay-at-home names.