2021 Market Back On Track Despite Georgia Elections 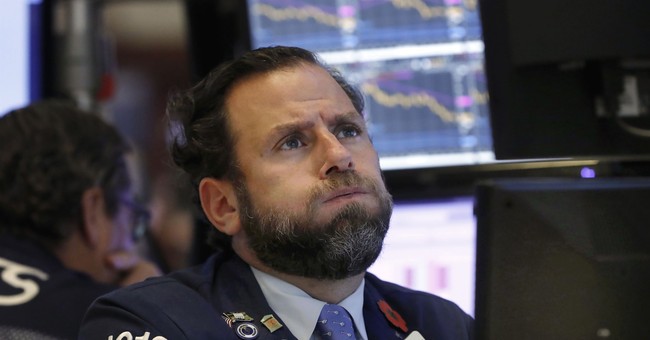 Tuesday was a strong session that saw several pullback attempts foiled as investors stepped up to the plate to buy dips. Conversely, the market was held in check on the upside as well. I suspect the inability to truly take off reflected angst over the Georgia election. However, it’s more like a ‘feeling this out’ process as investors try to figure out where they should be positioned.

When the closing bell sounded, it appears investors decided to stay the course. Small-caps remained hot, which powered the Russell 2000 significantly higher. Perhaps the part of profit-taking that began on December 23 has run its course, and conviction is swinging back to buyers.

Speaking of conviction, there was no doubt buyers must have been lying in the cut, waiting to make their move as market breadth was extremely bullish. Advancers significantly outpaced decliners, but the volume tells the story. On the NASDAQ Composite, there were four billion more up volume than the down volume. Wowzah!

Traditional havens edged into the red as the closing bell rang, with Utilities being the second-worst performer for back-to-back sessions. Some would point to the move-in Materials and stocks like United Rentals (URI) as evidence that the market might think the Dems could sweep Georgia, but that’s looking at an infrastructure bill the wrong way.

Materials will benefit from a bipartisan bill, whereas Utilities would benefit from a Dem-controlled Senate - a much larger chunk of cash would go into renewable energy as part of the infrastructure.

West Texas Intermediate (WTI) tickled $50.00 a barrel for the first time since early last year, helping the Energy sector surge. The commodity got help from a favorable output announcement from The Organization of the Petroleum Exporting Countries (OPEC). There have been a bunch of these kinds of deals in recent years. I continue to believe a part of the rally was a reflection that the GOP wins at least one of the seats.

The near-term chart held above the 200-day moving average, and it’s pulling away. While bears point to the longer-term chart and its series of lower highs, I think both charts suggest $60.00 is possible.

Remember that huge swoon in Bitcoin (BTC) over the weekend?  Neither does the market. The buy on dip crowd moved in quickly. Let’s see if traditional technical factors matter as the cryptocurrency closed at a perfect double top - normally a bearish chart formation.

Gold also continued its strong start to the new year, closing above $1,900.

The U.S. Dollar (DXY) Index ticked down to challenge the 2018 low, and that has increased inflation rumblings.

We closed a laggard to raise money, as we are champing at the bit to broaden the model portfolio.

One race has been called and the other is too close to call, but the market is assuming a Democrat sweep in Georgia this morning.  There are definitely economic and market implications that every investor must consider.

Yes, that last part is what the street is reacting to this morning.  More spending for the domestic economy has dollar signs dancing in the heads of Wall Street bankers.  That group is one of the pre-opening winners (JP Morgan (JPM) also upgraded Morgan Stanley (MS) and Goldman Sachs (GS) to buy ratings).

Other industries poised to pop:

But the macro read is best viewed by looking at two indices.  The NASDAQ is getting hit, as tech stocks stumble from anxiety over more government intervention. It’s doubtful a break-up is on the table.  Conversely, the Russell 2000 is erupting higher, as domestic companies will rake in a gob of the trillions of dollars that will cascade in from Washington, D.C.

That cash probably includes a $2,000 stimulus check to households (which got even closer to reality after the ADP posted 123,000 job losses for December) and an infrastructure plan north of $2.0 trillion.

I think the initial reaction in tech is overdone, but it also provides folks that have been looking for an off-ramp an excuse to ring the register.

The best news right now is there is not wholesale panic.  Conventional wisdom says the more drastic elements from packing the Supreme Court to excessive tax hikes are off the table.