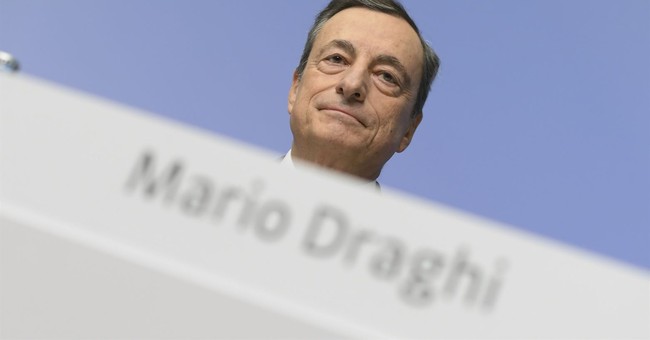 Yesterday, major indices came out of the gate buoyed by several positive developments and speculation. But the rally effort failed to seduce fence-sitters, leaving the rally open to an assortment of news that reminded investors there are problems now - even as a path to normalcy seems clear.

More shutdown news, including scuttlebutt about a full lockdown of New York City, began to chip away at the rally. Major indices also got weaker throughout the session after there was no follow up to early morning headlines of a potential fiscal stimulus bill.

However, the coup de grace for the session was a tweet from the former European Central Bank (ECB) President Mario Draghi on the dangers of solvency.

Also, more attention is being paid to the growing debt on the Gross Domestic Product (GDP) levels around the world. In the case of the United States, it’s surpassing levels that were hit to fight and to win WWII.

I’m not sure when all this debt truly becomes the bone-crushing problem advertised for more than a decade. Perhaps when central banks lose the ability to hold rates down is when the dam begins to break.

Last week saw the market struggle to gain traction, and we begin this week giving up on early solid session gains. Yesterday’s  midday slide is enough to take a look at potential downside support points.

I want to employ two metrics:

Gaps are created when stocks or indices open much higher or lower than the previous close. Those gaps are often filled, which means the asset trades back up or down to the point where the gap was created.

There are seven downside gaps (back to early November), the first two are important for the market early in this week:

On the upside, 3,711 on a closing basis is a major breakout point.

It was something of an eclectic session with Consumer Discretionary names edging higher, along with semiconductor stocks. The need for safety made Technology the best performing sector.

The American consumer continues to carry the economy. According to the November 2020 Consumer Expectations Survey from the New York Fed, the consumer will continue to do the heavy lifting. Even as 14.6% believe they could lose their job during the next year, consumers are looking to increase spending by an average of 3.7% over the next year - the highest level since 2016.

We took profits on Zillow Group (ZG) into that huge move yesterday, as the position was well beyond our target. The Hotline Model Portfolio is now up to 10% cash.

The major indices are higher this morning as vaccinations began in the US and Canada.

On the economic front, NY Fed’s manufacturing index came at 4.9, below consensus of 6.3. The good news, the index grew for the sixth consecutive month, although at a slower pace than November.