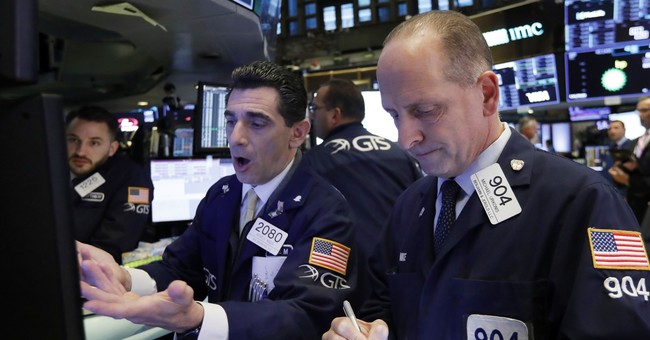 Tuesday was a tough session with only a single, real effort to stem the losses. Once that effort fell flat around one o’clock, the markets lost traction. It resulted in the NASDAQ and the S&P 500 closing near the lows of the session, while the Dow Jones Industrial Average (DJIA) held an earlier support point.  Market breadth was decidedly ugly with more names hitting new lows than highs for the third straight session on the NASDAQ, which has not happened since May 14th.

The message of the market was clear, there was nowhere to go and nowhere to hide, as all eleven S&P sectors stumbled amid selling that was largely on autopilot. That being said, the story of the market is largely the stocks in Technology pulling back.

All those hot growth names were hit again yesterday, but semiconductor names suffered the biggest losses:

VanEck Vectors Semiconductor ETF (SMH), a chip sector exchange-traded fund (ETF), closed below its 50-day moving average, but it was more the lack of buyers than a stampede of sellers. Volume has lessened over the last three sessions, and it has been at levels much lower than the mad dash for the exits from late February through mid-April.

Chips were under pressure out of the gate after reports the Pentagon had proposed Semiconductor Manufacturing International Corporation (SMIC) be added to a U.S. government blacklist. The Chinese chip company is seen as an integral part of ‘Made in China’ 2025 goals.

I suspect this is more saber-rattling, but with tech investors in sell mode, the timing could not have been worse.

While earnings estimates are much higher than three months ago for chip factory names, they have not moved in a month for KLAC and LRCX, while edging a little lower in the past week for AMAT. These are not the sexy names of tech, but they must be a part of the mix for any tech rebound and subsequent rally.

It’s official. The NASDAQ is now in correction, which means it’s down 10% from the recent high. I don’t care much about such labels; the fact it happened in three days is noteworthy. All eyes were on the NASDAQ-100 (NDX) yesterday morning after the index closed right at its 50-day moving average. The inability to make a stand is critical.

They are a long way away - but at some point, once these 50-day moving averages test fail, it’s time to start considering 200-day moving averages. I do not get that sense of panic, nor is the market that vulnerable even with a sharp decline. The time is approaching when the snowball could become a boulder.

We are looking into more Consumer Discretionary names beyond Amazon (AMZN), as it’s clear survivors are catching bids. The problem is a lot of assumptions have to be made about sustained improvements in fundamentals. On that note, Lululemon (LULU), a brick-and-mortar favorite, stumbled after the close after posting results that beat on revenue and earnings ($0.74 versus a consensus of $0.56).

Right now, many of those brick-and-mortar survivors and reopening stocks are at the top of the list, even if it’s just for trades rather than longer-term investments.

We are still holding onto more cash than we had all summer in the Model Portfolio and are adding a new position in Consumer Discretionary.

The major indices are up this morning after yesterday’s tech dive.  Tesla (TSLA) is looking to rebound after being down for 5 consecutive sessions on the strength of EV (electric vehicle) makers, after GM made a $2 billion investment in Nikola (NKLA) yesterday.

FAANG names in general are up, and the big growth and momentum names are trending up, at least for now.

Oil is catching a bid after the beating it took yesterday, the largest decline in months.