Post-Crash Market Put To The Test 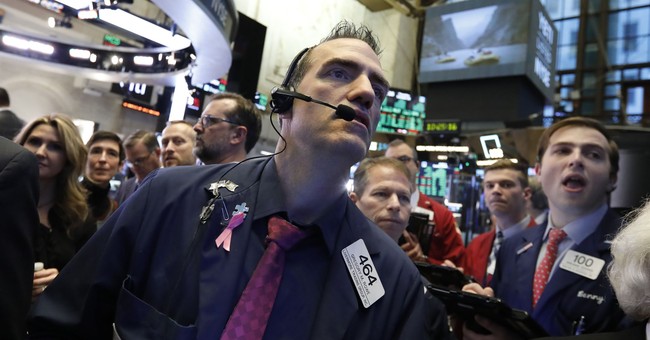 Well, it was going to happen - and probably should have happened a couple of weeks ago. The market pulled back sharply while the great winners of 2020 finally slipped - as I have been suggesting - and took most of the market along for the ride.

I was bracing for a pullback like this back when Congress didn’t renew a fiscal stimulus and decided to go on recess, as hair blowouts were more important than making sure Americans could survive longer. The bridge to a post-coronavirus world held up better than anyone thought, but it’s incomplete.  Nonetheless, the rally continued as new highs sparked new highs, and the pendulum of panic swung to the fear of missing out (FOMO).

Now, investors are wondering if they should fear staying.

This is when you must regroup and get back to the basics of your approach and goals. I know all too well how it feels when you have a big gain on a stock and take profits, only to watch the stock continue to soar. The stock going up the next day for a few points is no big deal but going up for a couple more weeks of substantial gains can feel like a gut check.

Sometimes it feels so awful when investors jump back into a stock they already closed out and pay a lot more for the privilege of owning it the next time. This has nothing to do with intelligence, but it underscores how emotions can supersede intelligence, especially when there is no game plan.

Back in 1720, Newton jumped into the hottest stock in London, the South Sea Company, and made a lot of money. As the share price continued to move higher, Newton warned his friends and countrymen to avoid the stock, as it had become a mania. But the shares kept rising, so Newton jumped back in and guess what…he was right.

The bubble popped, and he lost a fortune ($3.0 million in today’s dollars).

In the last couple of weeks, I saw a lot of names we took profits on climb even higher, and there were times when subscribers would ask why we sold the idea from the model portfolio. It’s a hard discipline to acquire and maintain, but sooner or later, you feel as though an apple fell on your head and not a building. So, we had been taking profits sooner than we wanted. The goal of the Hotline is to buy and hold 3 to 6 months or longer if underlying fundamentals are improving as well.

To be sure, we have held names like Amazon (AMZN) and Apple (AAPL) for years and can afford to keep them on the shelf; yesterday, we closed Microsoft (MSFT), which was only added this year.

Recent positions are now mostly against us, but it’s fine as the fundamentals are still attractive. However, this is a moment to reflect on how to approach the entire game plan for the life cycle of an investment.

Charles, I invested in Nikola (NKLA) at $29 a few weeks ago. Lately, it's been tanking since it hit $47. I am starting to think I was too early to invest with them. Any thoughts?

Yes, I have a lot of thoughts - my man, you had a 69% gain in a few weeks of a company that’s not making money yet, in a market that’s just a bit frothy. Why didn’t you take profits? Over the last two weeks, the stock was trying to build support around $40.00, so that should have become a de facto stop loss or place to reevaluate.

No one is perfect. We look in hindsight to learn not to ridicule. If Sonny wanted to own this name for years, he should have put in a drawer. If he bought the stock, looking to score big money, then he should have scalped some of the stock. And if he was looking for the stock to move straight up without a hitch, then he wasn’t being realistic - and yes, he was too early.

The game plan should have been mapped out before the purchase. Two emotional forces that trip investors up all the time:

Be careful not to succumb to either of them.

Meanwhile, I think we are in good shape with the stock market in general, as most of the big moves were driven by positive news. Every major winner posted big beats on revenue and earnings, and many offered higher guidance.

All of this is against a backdrop of improving economic data. This isn’t to say stocks got too far over their skis, but there is a big difference between a move powered by news (and the friendly Fed) and simple irrational exuberance.

Back in the day, I would be at the club and the disc jockey would ask over the mic: “where are all my party people at?” Many folks that missed the bounce told themselves they would buy the next dip. I know that means different things to different people, but like the DJ, I’m asking, “where are all my ‘buy the dip’ people at?”

Parameters on Buying the Dip

Then, let’s focus on the charts for possible support points that could help pinpoint when to make that move.

If the selling deluge continues, I will be looking at a 50-day moving average for possible signals to buy weakness:

Moving Away From Growth?

The ‘brick-and-mortar retail survivors’ trade keeps going as well as stocks that benefit from reopening the economy. I am still not sold on Financials, but we are watching. Regional banks acted a lot better than money center banks.

We are spying Real Estate, but it’s still too soon. The good news is commercial real estate names are positioned to surprise Wall Street for several quarters to come, and all they must do is stay in business first.

Can You Keep a Secret?

I’m going to tell you a little secret. I prefer it when the market comes down hard like it did yesterday.  It’s a great test of the strength of shareholders and we get to fair value. Then, it’s oversold faster rather than waiting for weeks or months. Sharp selloffs can morph into a wide panic, but nothing sets up rebounds better.

We reduced exposure in Technology and raised Cash in the Hotline Model Portfolio.