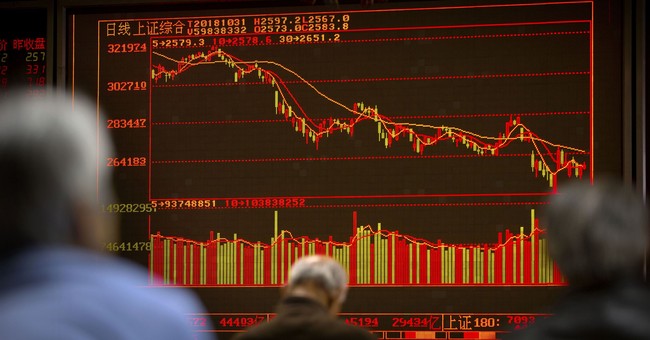 Well, it was just about the exact inverse from Monday, except for the breathless reporting and cheerleading from the financial media rooting on any selloff. It is remarkable the financial media considers the market smart or prescient only on down days and blames day traders for up days.

I continue to say: listen to the market, and the messages about today, tomorrow, and the next year. I think the message of the market is clear; it indicates a world one year from now that has beaten COVID-19, and we learned to co-exist and thrive with the virus along the way. That message would be easier to believe if the rally were broader and if economically-sensitive names were participating.

The Dow Jones Industrial Average (DJIA) finally flexed its muscle. The index is antiquated and limited. It’s what gets reported out to the public as “the market.” To be sure, there are important names in the index that must move higher as an indication that the coast is clear for the economy. Yesterday, all 30 components were higher. The DJIA has been the best performing major equity index over the past five days.

Here are the key names on the DJIA that I would like to see take off:

Boeing (BA), which has won close to $60 billion in government contracts in the past 48 hours, announced another loss of 737 Max orders after the close. When this stock clears $200.00, I think the entire market will get a lift.

Caterpillar (CAT) has been acting great, and an upgrade yesterday made it the best percentage gainer on the index. This stock has also been a manufacturing proxy, both domestically and internationally.

Exxon Mobil (XOM) & Chevron (CVX) have strong balance sheets and will survive the global slowdown. However, crude oil will not reclaim its importance to the economy or the broad market that it once enjoyed not long ago. That is not to say it’s not critical for great paying jobs in the United States, but the market doesn’t move with crude (unless contracts go to negative numbers) as it once did. Nonetheless, we need to see West Texas Intermediate (WTI) break out to $50, and these stocks to rally higher.

I am not a fan of the Technology names in the index or the lack of Communication Services names that helped the S&P and the NASDAQ outperform.

So, it’s not the perfect index, but it’s important.  I am excited to see investors seek value and opportunity in these old blue-chips stocks.

The S&P 500 peaked into the plus column on Monday and saw all sectors rally yesterday. There were a lot of value-seeking names as Energy, Materials, and Industrials led the way. The index is 1% from being positive and 6% from retesting its all-time high. I like seeing value lead the way, and I think investors will be rewarded sooner rather than later.

We are adding two position in our Hotline model portfolio and reducing Cash to zero. If you are not a current subscriber to our Hotline, contact your account representative or email Research@wstreet.com.

The Dow is continuing to flex its muscle this morning helped by Goldman Sachs (GS).  The company reported earnings topping estimates on both the top and bottom line.  Revenues came in at $13.3 billion vs the forecast for $9.7 billion.  Profit of $6.26 blew away the estimate for $3.78.

United Health is also helping boost the Dow on its earnings that also beat on the bottom line, $7.12 per share vs estimate of $5.18, despite missing on the top with revenues coming in at $62.1 billion, shy of the streets $64.4 billion projection.

Perhaps, the real mover today is the announcement from Moderna’s (MRNA) Phase 1 trial for its Covid 19 vaccine, of the initial 45 people evaluated.  Dr. Fauci stated, "This is really quite good news." He added, “the data from the study, small numbers as it may be, are pretty clear that this vaccine is capable of inducing quite good [levels] of neutralizing antibodies."

MRNA also announced that its moving forward with a Phase 3 trial for its Covid vaccine on July 27 and that it will include about 30,000 adults. This data has had a positive ripple effect throughout the markets.

Court Decisions Upholding DACA Set Stage For Pres. Trump To Use Executive Orders For Brilliant End Run of Pelosi and Schumer
Redstate
Wall of grandma: Two elderly women who stood up to the mob in Portland have become heroes in the neighborhood
Hotair