Are Markets Learning To Live With The Virus? 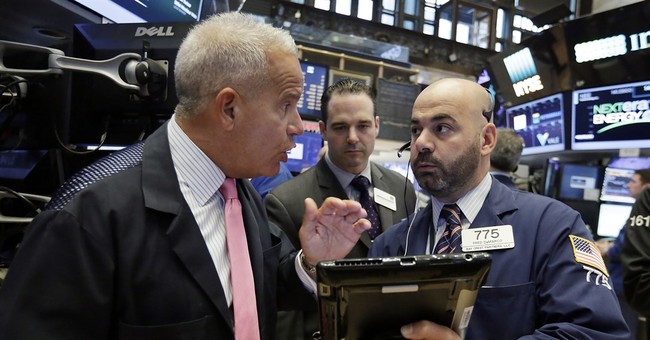 I'm always looking at different angles to conventional wisdom, especially for these days when chatter is so convoluted and laced with traps and negative innuendos in hopes of hurting the market at some point.

Reports surfaced yesterday that one of the participants in Moderna's (MRNA) phase 1 study of its COVID-19 vaccine candidate experienced a severe reaction that sent MRNA’s shares spiraling lower.

The broad market gave up some late ground, and there were in gains in the key sectors sensitive to the economy, which closed extraordinarily strong.

This confirms what I have been sensing as a message of the market for a while.  The rally is not about a near-term coronavirus vaccine. I think the market knows the nation and the world will learn how to adapt and how to live with the virus.

That doesn’t mean a vaccine is not going to happen, but it will probably happen in a time frame that makes it available to the masses in a year and a half tops- but half of Americans have expressed doubts about taking such a vaccine.

There are still folks that think everything will fall into place, and we could see a vaccine this year. If it happens, it’s all gravy.

Also, the top five executives at Moderna cashed out $89 million of stock this year yesterday.

That’s the kind of news that makes you feel hoodwinked or some other words that describe that not-so-funny feeling (see sidebar).

Selling some shares would have been cool. But it was a mad dash for the exits with every man and woman grabbing as much cash as possible.

In recent weeks, the size of the sales created a credibility problem:

The bad news is anyone that bought the stock based on positive comments from management might have been hoodwinked. However, the good news is the market saw this and still exploded to the upside.

I have been asking this question for some time: can the overall market rally if Technology is sinking?  The question was put to the test yesterday. For a moment, it appeared the answer would be “no,” as Technology (XLK) swooned, taking the NASDAQ down, and erasing a 3-point rally for the Dow.

Then the Dow hit the brakes and slowly began rebounding. Technology stocks stopped collapsing and began to reverse. And just like that, the pendulum shifted again, and all the major indices took off like we’d hoped the SpaceX Dragon rocket would later in the day - a monster 3% intraday reversal.

There is a chance the Dow Jones Industrial Average will back up and fill the gap, as it establishes support at what was once a huge resistance level.

After the bell, Boeing (BA) announced the gradual return of the 737 Max, which would have been monumental news a year ago. Despite the anticlimactic feel of the news, shares did edge higher.

Yesterday, we added a new idea in Industrials and reiterated a position in Materials. If you are not a current subscriber to the Hotline service, call your account representative or email research@wstreet.com to get started today.

Orders for durable goods declined 17.2% in April. However, the important metric, core orders, which measures business investment, declined 5.8% vs. forecasts for a decline of 10.0%.

There was positive same store sales data out from dollar stores:

The latest initial-claims tally was down from the prior week’s 2.45 million, marking the eight straight weekly decline.

Continuing claims fell to 21.1 million down from the prior week’s record 24.91 million, beating consensus of 25.68 million. This suggests the job market is starting to rebound as businesses reopen.