Can The Private Sector Produce A Coronavirus Vaccine This Year? 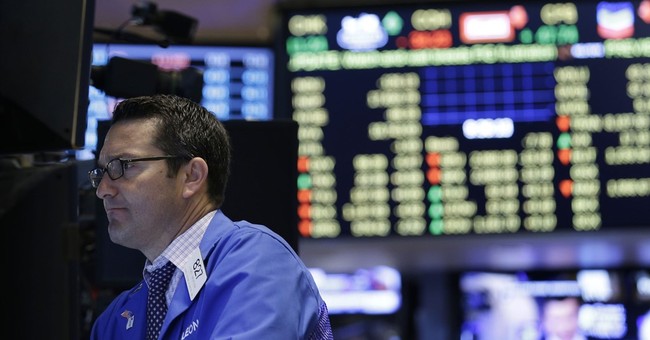 It was called “Lingchi,” or the lingering death, and practiced in China from 900 CE to 1905 when it was banned. The torture was used as punishment for the harshest crimes. By the time America learned of the practice, it was rebranded as “Death by a Thousand Cuts.” I was reminded of this as the market posted one of its best intraday reversals in a long time.

It was a rally sparked by several news stories on speculation:

President Trump told reporters he is confident that a vaccine would be available by the end of the year, and the administration is prepared to get mass inoculations. There are more than 90 vaccines for COVID-19 in development around the world. While the scientific community generally dismisses the notion of a vaccine this year, many believe the private sector is up to the task.

New York Governor Andrew Cuomo announced five counties would begin a phased reopening beginning today. New York City is still closed indefinitely, but as the world around it reopens, this will pressure the mayor and governor.

Although dismissed by Wall Street mavens, talk of a Goldman Sachs (GS) merger with Wells Fargo (WFC) electrified the financials. These rumors have emerged from time to time for more than a decade. It would be a brilliant move that would give Goldman a greater footprint in Main Street banking, and perhaps allow Wells to move from the dark shadow of scandals.

Disney (DIS) announced it would come to terms with its Walt Disney World unions representing workers as the company prepares to reopen. Disney World is taking reservations for July.

Then came the news that Taiwan Semiconductor Manufacturing (TSMC) will formally announce today that it will build a major computer chip factory in Arizona. Earlier in the week, news broke that the Trump administration was pushing the industry hard, especially TSMC and Intel (INTC) to bring computer chip manufacturing to the United States.

This deal was done with the Commerce Department, but the Pentagon is demanding more, pointing out security vulnerabilities with an overwhelming reliance on chips that run every weapon this side of a musket. I wrote about the chips in yesterday’s commentary, and they did not disappoint.

The stock market has essentially been range-bound since breaking out on April 8th and yesterday’s session. It was similar to the session that changed the overall tone of the market, shifting the bias to the upside and drowning out calls for a retesting of March lows or worse.

On April 7th, the Dow Jones Industrial Average (DJIA) was on the cusp of a great breakout, and then gave up all its gains and wilted into the close. In the following session, the opposite happened with the index climbing off early pressure to reverse higher, finishing the day +751 points from the low of the day.

Yesterday, the market opened lower as Technology led the broad market to significant losses before the reversal. By the end of the session, the Dow Jones Industrial Average managed to climb +836 points from its lowest point of the session.

Although chip stocks rocketed higher, Technology performed in-line with all the other sectors, save for Consumer Staples and a big rally in Financials. We had the number one winner in the entire S&P 500 with Cintas (CTAS), which is one of my favorite American companies.

On Wednesday, they were crushed and yesterday, they took off like roman candle flares. The lesson for investors is actual news has been more important than glorified prognostication. Fed Chair Jerome Powell talked down the economy on Wednesday and sent Financials tied to consumers reeling. After the bell, MasterCard (MA) posted data that shows a steady and very encouraging rebound in consumer spending.

There were huge moves in reaction to earnings, including Denny’s (DENN) and New Relic (NEWR), but it’s Applied Materials (AMAT) that everyone will be watching after initially dipping from its financial release, shares turned higher by 4.63%.

Yesterday, we added a Material name to our Hotline model portfolio and reduced cash to 10%.

The market is under some pressure this morning after a report that the Commerce Department is taking more actions against Huawei as well as the Communist Party paper putting out a threatening tweet:

Based on what I know, if the US further blocks key technology supply to Huawei, China will activate the "unreliable entity list," restrict or investigate US companies such as Qualcomm, Cisco and Apple, and suspend the purchase of Boeing airplanes.

All these names are lower in premarket trading. But the buy on dips crowd should circle like sharks for all these names, except Boeing (BA), but even the US airplane maker is oversold and might fetch upgrades next week.

Retail Sales were a wreck, but we knew that would be...we'll give you the details in the afternoon note.