Markets Continue Rocketing In The New Year, Led By FAANG 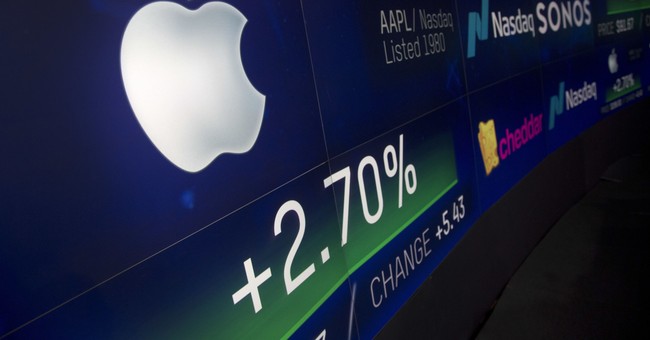 Wow, this market has rocketed into the New Year the same way it exited the last year. The NASDAQ is killing it, led by the so-called FAANG stocks, which have put in gains many money managers would be proud to achieve in a single calendar year.

Yesterday, I finally got around to having a few personal checkups (I’m okay; I need to lose a few pounds).  In one waiting area, one guy recognized me, and we began to chat.  It turns out he has been retired for a few years and is bored out of his mind. He loves the stock market and gets up most mornings at 4 A.M. to see how the Asian markets are faring.

The problem is that he has been in cash for four years.

He tried to get me to say this rally is too old, and while valuation expansion more than fundamentals underscored last year’s rally, I told him there are so many things that are coming true that he has to be invested and be a part of it all. I mentioned all the amazing stuff we read about in comic books, and even powered the 1990's rally, all moving into our lives at the speed of light.

We can’t see most of it, but we still feel the impact. Case in point Nvidia (NVDA) released a memo on how its artificial intelligence (AI) is being implemented by Domino’s Pizza (DPZ) to not only speed up the delivery of 3 billion pies but also to anticipate customer orders. Domino’s is moving fast to use autonomous cars and drones. Additionally, Nvidia is presenting at the National Retail Federation’s big NYC gathering this week, emphasizing how they can help save brick-and-mortar retailers.

My waiting area buddy shrugged, as he lamented never taking up golf and hating fishing and being bored to tears and grappled with the notion he has missed so much of the rally. To be sure that he has a list of stocks he wants to buy (only if this market pulls back), I asked what would be so awful if he bought now and there was a garden-variety pullback or correction.

It would be short-lived, and his life would be a lot more exciting. Guessing the top is simply a mistake. I brought this up because down sessions that are in line with historical norms and will see the Dow off more than 200 points. And 1% losses (it’s never the end of the world) would mean almost 300 points lopped off the Blue-Chip Index.

Imagine the headlines: It’s the End of the World (and something about trade talks LOL)

Momentum ruled, but there was a search for a value that lifted Materials higher and individual names in retail.

Can the banks get it done?  The former Masters of the Universe hasn’t been impressive since the Great Recession knocked the stuffing out of them and took away their swagger. This week, we’ll see what they can do in a much-improved economy and the soaring stock market. Yesterday, they put up impressive numbers:

Yesterday, we took profits in a position in Technology, as well as added a new one. If you are not on our service and in the market, don't be like my waiting area buddy. Click here to get started with the Hotline today.

So it begins,  the earnings season that is supposed to be an inflection point for corporations.  There are several “consensus estimates” these days and all see an overall decline in earnings from a year early.  That said, conventional wisdom is earnings begin to turn much higher over ensuing quarters.

JP Morgan (JPM) crushed it this morning, beating on top and bottom line and pointing to the strong American consumer for continued strength.

The domestic business at Delta (DAL) is also helping the company post remarkable results, including earnings of $1.70 against consensus of $1.50.   But it all begins at the top, with pricing power across the board.

Wells Fargo (WFC) was a bust, which shouldn’t be a surprise, but overall earnings are tracking much higher.