The Collective Wisdom Of The Market Couldn't Have Seen Drone Attacks Coming, Right? 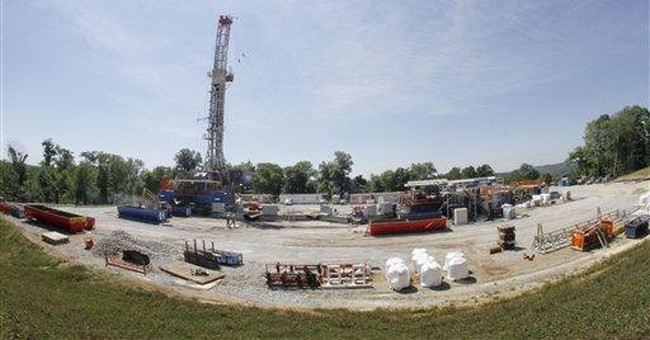 The collective wisdom of the market gets credit for being prescient in ways experts and think tanks could never achieve, but there is no way it could have seen the drone attacks Saturday on Saudi oilfields, right?

Only Financials had a better week than the energy sector.

Financials were led by asset managers and insurance companies, with regional banks showing some life, while money center banks were largely uninspiring.

The energy sector rallied last week, even as West Texas Intermediate finished the week at $54.85, down from $57.85 last Monday.   The long-term trend line is being tested, and a close above $61.00 could trigger market adjustments that have little to do with demand but help power crude even higher.

Meanwhile, there has been a 69 million barrel draw down in U.S. inventories since June 7th.

Brent crude had its largest one-day jump when it opened for trading.  It has since pulled back, but it is still elevated.  U.S. crude has shock absorbers in the form of the fracking miracle.

There are 644 million barrels of oil in the Strategic Reserve, which could be tapped if there is a sense price is getting out of hand.  I don’t see the White House going that route immediately, perhaps if WTI gets above $65.00 to $70.00.

It’s unlikely the market will hit an all-time high today, as investors are waiting for geological shakeout from the Saudi oil strike and potential U.S. military intervention.

Another problem is weakness in Technology, especially Apple (AAPL), which got kicked to the curb by an eclectic mix of actors:

The news this morning focused on Apple preparing for $14 billion tax battle in EU court steaming from its tax bill from 2016.

While we are starting lower, I’m kind of impressed with the fact major indices aren’t lower.  Note: the energy sector had dropped to 14.4% of the overall S&P 500.