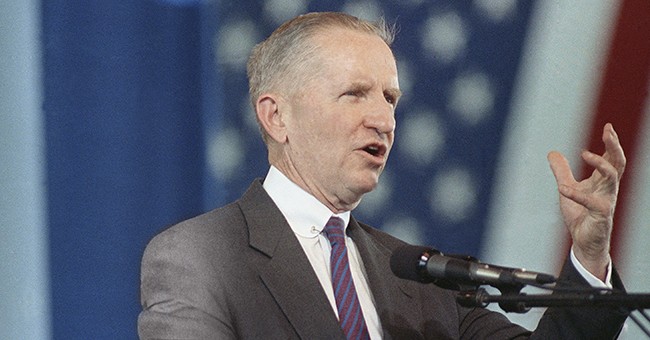 Yesterday morning, as the financial media was pressing the narrative, the market was in some sort of trouble because the Dow Jones Industrial Average was slightly lower for the third consecutive session. The broad market (more than 30 stocks) began turning early in the session and gained momentum throughout the day. Market breadth was positive in all categories, and only three S&P sectors were lower.

Of course, there has been anxiety in the market with respect to the next move by the Federal Reserve. I continue to believe the Powell Fed is committed to avoiding any recession because the alternatives would be the following:

Ahead of today’s testimony, the Federal Reserve sent Congress a report on the state of the economy and other Fed business. Here’s the line that caught my attention:

For most of this period, the Committee indicated that, in light of global economic and financial developments and muted inflation pressures, it would be patient as it determines what future adjustments to the target range for the federal funds rate may be appropriate. At the June FOMC meeting, however, the Committee noted that uncertainties about the global and domestic economic outlook had increased. In light of these uncertainties and muted inflation pressures, the Committee indicated that it will act as appropriate to sustain the expansion, with a strong labor market and inflation near its symmetric 2 percent objective.

The key line points to “uncertainties and muted inflation pressures” and commitment to “sustain the expansion.”

No matter what Powell & Co are planning to do later this month, it’s critical investors have a clear understanding of those intentions. So, between the grilling, lecturing, and attempts to get Powell to endorse political ideas and complaints, we need to come away with a strong consensus of the Fed’s next move.

Losing Legends: The Fight Goes On

Within the span of one week, America lost two icons who fought against conventional wisdom pushing back on popular economic and political orthodoxy. What’s remarkable is the missions and messages of Lee Iacocca and Ross Perot continue to reverberate today.

Iacocca rose to fame for creating the Ford Mustang, but he became a legend for saving Chrysler.  He borrowed millions from the US government, then took to the airwaves to ask American consumers to give his cars a try, and if they could find something better than it, buy that.

He warned the United States would lose its steel and auto industries to Japan by 2000 and argued for the use of tariffs to level the playing field.

Ross Perot started and sold two businesses for billions of dollars (when a billion was a lot of money), but he became a legend for his 1992 run for the presidency as an independent candidate.  His campaign was passionate and honest.  He promised to cut federal spending and the deficit and to raise taxes.  Known for his patriotism and old school values, like prayer in school, Perot became a hero for lot of people feed up with the political system.

In fact, “Mr. Fix It” said he would drain the swamp by “taking out the trash and cleaning out the barn.”

Both men will be missed, but their legacy lives on, and if the nation is lucky, maybe their visions could become a reality one day.

The market reversed higher in the pre-open after Powell released his opening statement, which will be read before the House today.  I highlighted the parts that suggest there will be a rate cut this month.  The Dow was down 60 points, and turned up 100 points.

Chairwoman Waters, Ranking Member McHenry, and other members of the Committee, I am pleased to present the Federal Reserve's semiannual Monetary Policy Report to Congress.

Let me start by saying that my colleagues and I strongly support the goals of maximum employment and price stability that Congress has set for monetary policy. We are committed to providing clear explanations about our policies and activities. Congress has given us an important degree of independence so that we can effectively pursue our statutory goals based on objective analysis and data. We appreciate that our independence brings with it an obligation for transparency so that you and the public can hold us accountable.

Today I will review the current economic situation and outlook before turning to monetary policy. I will also provide an update of our ongoing public review of our framework for setting monetary policy.

At the time of our May meeting, we were mindful of the ongoing crosscurrents from global growth and trade, but there was tentative evidence that these crosscurrents were moderating. The latest data from China and Europe were encouraging, and there were reports of progress in trade negotiations with China. Our continued patient stance seemed appropriate, and the Committee saw no strong case for adjusting our policy rate.

Since our May meeting, however, these crosscurrents have reemerged, creating greater uncertainty. Apparent progress on trade turned to greater uncertainty, and our contacts in business and agriculture report heightened concerns over trade developments. Growth indicators from around the world have disappointed on net, raising concerns that weakness in the global economy will continue to affect the U.S. economy. These concerns may have contributed to the drop in business confidence in some recent surveys and may have started to show through to incoming data.

In our June meeting statement, we indicated that, in light of increased uncertainties about the economic outlook and muted inflation pressures, we would closely monitor the implications of incoming information for the economic outlook and would act as appropriate to sustain the expansion. Many FOMC participants saw that the case for a somewhat more accommodative monetary policy had strengthened. Since then, based on incoming data and other developments, it appears that uncertainties around trade tensions and concerns about the strength of the global economy continue to weigh on the U.S. economic outlook. Inflation pressures remain muted.

The FOMC has made a number of important decisions this year about our framework for implementing monetary policy and our plans for completing the reduction of the Fed's securities holdings. At our January meeting, we decided to continue to implement monetary policy using our current policy regime with ample reserves, and emphasized that we are prepared to adjust any of the details for completing balance sheet normalization in light of economic and financial developments. At our March meeting, we communicated our intention to slow, starting in May, and the decline in the Fed's aggregate securities holdings and to end the reduction in these holdings in September. The July Monetary Policy Report provides details on these decisions.