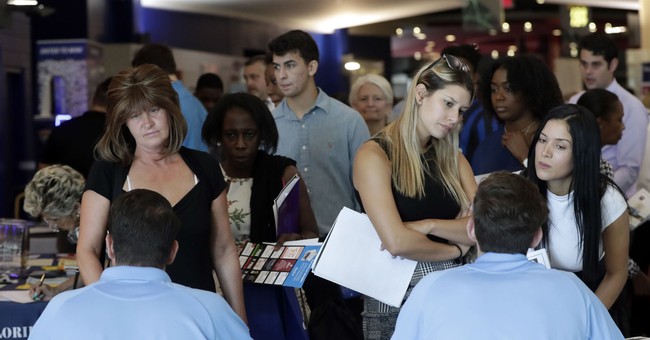 It’s the big day as investors brace for the jobs report that could be anything but big.

Coming into the week, the Street was looking for 164,000 non-farm jobs created last month. However, after the ADP jobs release, whisper estimates are now much lower.

Small businesses are the weaker link for several reasons, including a lack of qualified workers, competing against higher paying, larger businesses, and weakness in construction and brick-and-mortar industries. The report also suggests that lower consumer confidence has hurt the leisure and hospitality industries:

Because of all the guessing over the next move by the Federal Reserve, we find ourselves back to wondering if the Street is rooting for good news or bad news. Lower job creation would be good news because it would cement rate cuts this year, and if the number is awful, perhaps a 50-basis (bps) point would cut this month.

I say root for good news because of its strong economic underpinnings that will drive top-line growth and earnings.

Of course, coming into the day, the question is: what’s a “good” jobs report? There have been numerous times in the past year when the Street was bracing for the numbers to plummet, they instead rebounded. There were only a few times when the results were astronomical. I think the number will be around 150,000, which means more rate cuts, but it’s also enough to keep the consumer flush.

We don’t have much cash, so we are reexamining positions, as we consider raising cash to fund new ideas.

Market now pricing in small chance of rate hike due to robust job market. We aren’t going to force the issue here.