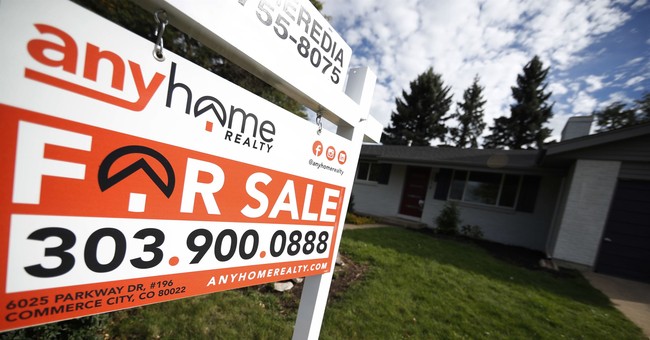 There was a lot going on yesterday morning. However, most was abuzz from the prior session and week, which saw major indices climb like a phoenix. Even though there were six weeks of selling, the rebound wasn’t from an extraordinary market meltdown because the market was still up and big in 2019. This rebound was from an abyss of miserable predictions and cries of doom and gloom.

Just as we saw back in December, the stock market being talked into a crash, and the economy into a recession, what was happening in the parallel universe was called real life. December saw a monster spike in personal income and job creation, but headlines had everyone trying on the nearest life vest. I’ve always said, to a large degree, economic success is self-fulfilling.

And so, while the naysayers were at their full-throated best last month, folks that do business on Main Street and put American’s interests ahead of foreign factories saw something different.

The National Federation of Independent Business (NFIB) Confidence report rebounded to 105.0, beating Wall Street consensus. More importantly, it gained momentum while at the same time, pundits speculated that small businesses were getting crushed by tariffs (another administrative action).  Looking to expand has even more momentum.

It’s only happened once…I’m talking about the “Triple Lindy” dive made famous in the Rodney Dangerfield classic “Back to School,” and now the Federal Reserve’s engineered “Soft landing.”

In the economy, a soft landing happens when the Fed hikes interest rates to slow inflation without snuffing out the economic expansion and triggering a recession. Alan “The Maestro” Greenspan pulled it off back in 1994 – 1995, a decade after the Dangerfield movie.

Right now, the debate is whether the Federal Reserve will cut rates. Perhaps it will happen as many as three times this year, which is obviously not the same as hiking rates. There has been some economic weakness in pockets of the economy, so I suspect the current chatter about a soft landing must have something to do with those issues.

Anyway, this Fed has a different problem and that’s goosing inflation higher without pushing the economy into overheating. There’s probably a term for that, which would be better than the growing parade of talking heads musing about a soft landing.

Yesterday, the market tried to climb into the plus column several times after an early rally fizzled. I think it was a normal session dealing with profit-taking. However, there was also some compelling action, including the continued short squeeze of Tesla (TSLA).

Market breadth is compelling as 52-week winners trading on the NYSE have begun to stretch above losers, but the NASDAQ continues to see more 52-week losers. This cautious tone to the market is a good thing, underscoring the fact this leg up is anything but irrational.

This morning’s release of the Consumer Price Index did nothing to soothe nerves at the Federal Reserve, as pressure on inflation continues.  Headline +0.1% was in-line, while core +0.1% was less than expected.

Action in the bond market is having a positive impact on mortgage applications, which surged by the largest amount since September 2016.  Its great news, but it’s too early to determine if it’s a flash in the pan reflecting some pent-up demand or a real trend.  Moreover, would like to see more purchasing applications.

Fed Not Only Friendly Central Bank

The European Central Bank announced this morning it’s prepared to act further if the current economic downturn takes a turn for the worse. ECB head, Francois Villeroy de Galhau, also mentioned that central banks alone cannot do everything to keep economies strong.  This is a hint to governments to do more to generate economic activity.