The One Word From Powell That Has People Raising Their Eyebrows 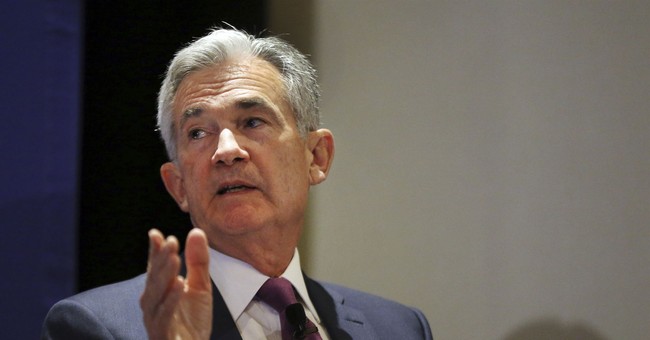 Here’s the one word from Jerome Powell that has people raising their eyebrows.

Powell, speaking after the Fed’s meeting, said the central bank would consider policy moves if inflation was persistently low.

The markets have been pricing in a Fed rate cut, and Powell’s comments suggest the Fed is not considering a cut at this point.

It only took one word from Fed Chair Jerome Powell on inflation to send the markets reeling, and that word was “transitory.”

Traders have been speculating that recent weaker inflation readings would concern the Federal Reserve so much that it would cut interest rates later this year. Powell knocked that idea, by explaining that the central bank still sees the weakness as the result of “transitory” factors, such as portfolio management services, lower apparel prices and airfares.

The Fed’s target on inflation is 2%, and the core PCE rate watched by the Fed fell to a surprising 1.6% in the first quarter.

This is the most important part in my opinion: persistent lack of inflation.  Remember, the market sold off when Jay Powell said this phenomenon was "transient," yet, the PCE deflator was revised now to 0.4% from 0.6%

But, he added an important caveat: “If the incoming data were to show a persistent shortfall in inflation below our 2% objective, or were it to indicate that global economic and financial developments present a material downside risk to our baseline outlook, then these are developments that the committee would take into account in assessing the appropriate stance for monetary policy.”

Here it is....we are very close to getting very aggressive.

The major indices are set to fall sharply at the open on President Trump’s announcement of tariffs of 5% against Mexico beginning June 10 if they don’t take “decisive measures” to curb the flow of migrants coming into America.  The tariffs ramp up from there in 5% increments until they reach 25% by October 1.

I do not think we are going to hit Mexico with these new tariffs.

I think the China trade drags, but businesses are adjusting, and now, a deal is not factored into stocks.

The jobs market is so robust, and people are spending without overextending themselves.

For now, the market will take another hit at the open.