The Idea That's Gained Traction All Over The World, And Isn't Going Away Soon 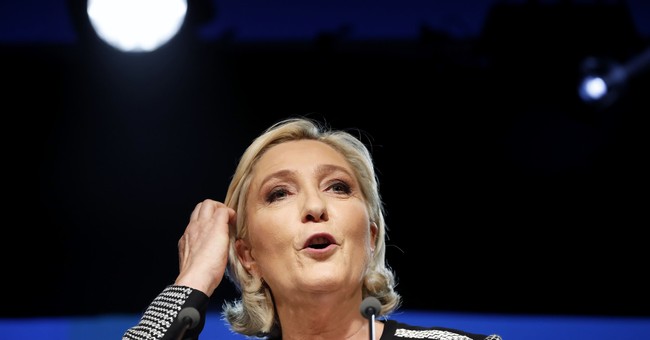 Well, it’s a short week, but it will be filled with all the typical shenanigans that seem to dominate headlines, even when it’s much ado about nothing or outright attempts to diminish public optimism.

All weekend, I read where Nancy Pelosi’s insults toward President Trump were brilliant political tactics that get “under his skin.”

I’m not sure why the Speaker of the House would make that her goal, or why her cheerleaders in the national media would encourage such nonsense calling President Trump insults – it’s a sign of poor character and frustration.

In any event; right now, it means less will get done in Washington, D.C., which isn’t always a bad thing, but when there are potential deals that could move the economic needle, it’s disappointing.

The 115th Congress was GOP-led and got a lot of things done. Now, the divided government has only gotten 15 public laws through and seems doomed to the sidelines, as the media cheers on a name-calling contest.

Belgium’s “Super Sunday” of elections was marked by a distinct shift to the extreme-right in the more prosperous Dutch-speaking Flanders region while voters in French-speaking Wallonia gave leftist parties a clear win.

The “Black Sunday” headline says it all - globalists and political elites see voting outcomes across Europe as catastrophic setbacks instead of long overdue indictments of their control over the government and industries that have yielded nothing for the masses other than fading glory and ruinous status quo.

In the United States, the media is working hard to make the European Union (EU) election outcome appear to be a setback for center-right and populist parties. It’s a shame. Not only is such disingenuous reporting insulting, but it also adds to the demise of those in charge that have abused their power or simply discounted the masses.

The elites suffered big time while the center-right to the far right won big:

In places where center-right parties didn’t win; other green parties or socialists saw big gains. The bottom line is the same old parties were kicked to the curb. It’s an idea that’s gained traction all over the world, and it’s not going away anytime soon.

Meanwhile, China has ordered the takeover of Baoshang Bank. This is the first government-ordered takeover of a bank in China in two decades, coming on the heels of the disappearance of a billionaire banker.

Perhaps it’s a one-off, and it’s reflective of a banker that got in over his head, as this is a young bank (founded in 1998) with a small number of deposits ($83 billion). On the other hand, it might be a dark omen for a banking sector besieged by shadow rivals and mountains of bad debt.

I know many want the Fed to cut rates to goose a strong economy. However, if they cut to stave off weakness, would the market still cheer?

Yes, but it shouldn’t.

We have some dry powder and we are eager to use it.

The Case-Shiller 20 city index for March increased just 0.1% from February.  Year over year, it is up 2.7%, which is slowest since August 2012. The silver lining is that it helps buyers looking to enter into what has been a hot market. Las Vegas, Phoenix and Tampa were the hottest areas, however prices in Las Vegas and Phoenix are still down about 20% from the 2006.