Breaking Down Trump's Aid To US Farmers 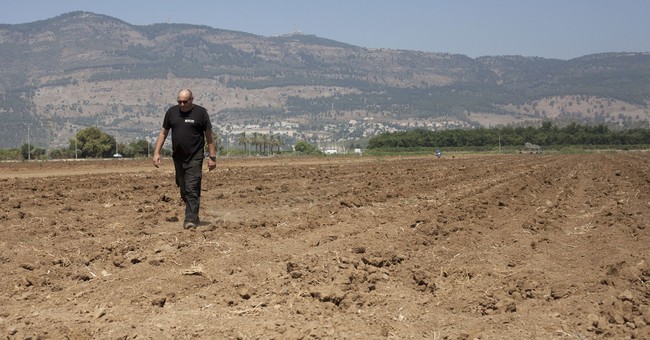 It was a tough session for the market that saw the best action in the last thirty minutes of trading where buyers nibbled into the close.  Still, when the closing bell rang, and the smoke cleared, it was an ugly day.

I’m still hesitant to say it was panic, but the selling broadened and the intensity grew, as both the NYSE and NASDAQ saw a higher number of shares hitting 52-weeek lows since December 27 of last year.

One of the reasons the market rallied into the close was because of remarks from President Trump indicating Huawei could be allowed to do future business in America as part of a trade deal with China.  It’s clear to most that President Trump would allow this with certain measures and commitments to safeguard against China potentially spying via 5G and other technologies.

There are several works out on the cost of tariffs, but most are biased, some very biased, and none in favor of actions taken by the administration.

When those reports begin with “The Cost of Trump’s Trade War,” you can bet there will be some seriously negative assumptions used as the base case, and outcomes will be so dire as to boggle the mind.  I read them all, like I read a periodical. I know it’s biased, but it may contain kernels of facts and insight.

There are lots of entities that benefit from the status quo and others that think cheap stuff is the ultimate aim of capitalism, even justifying slave labor in the past, and indentured servitude today.

The tone of the warnings from several experts sounds like households will automatically be "taxed" 25% on purchases.  Of course, that's not possible, so cost spread from exporters to importers and vendors.  Yesterday, the NY Fed weighed in with cost last year and potential cost once additional tariffs go into effect.

American farmers are getting help from the Trump administration, and I’m happy and proud because they have been targeted by a nation that is deliberately hurting them in an effort to maintain an unfair trade relationship.   Skeptics are wrong for complaining this is picking winners and losers – we are coming to the aid of fellow citizens targeted by a foreign nation.

Moreover, farmers aren’t going to game the system and plant a bunch of soybeans to rip off taxpayers as I heard suggested in the media.

American farmers have dealt with unjustified retaliatory tariffs and years of non-tariff trade disruptions, which have curtailed U.S. exports to China. Trade damages from such retaliation and market distortions have impacted a host of U.S. commodities, including crops like soybeans, corn, wheat, cotton, rice, and sorghum; livestock products like milk and pork; and many fruits, nuts, and other crops. High tariffs disrupt normal marketing patterns, raising costs by forcing commodities to find new markets. Additionally, American goods shipped to China have been slowed from reaching market by unusually strict or cumbersome entry procedures, which affect the quality and marketability of perishable crops. These boost marketing costs and unfairly affect our producers. USDA will use the following programs to assist farmers:

Market Facilitation Program (MFP) for 2019, authorized under the Commodity Credit Corporation (CCC) Charter Act and administered by the Farm Service Agency (FSA), will provide $14.5 billion in direct payments to producers.

These payments will help farmers to absorb some of the additional costs of managing disrupted markets, to deal with surplus commodities, and to expand and develop new markets at home and abroad.

Payments will be made in up to three tranches, with the second and third tranches evaluated as market conditions and trade opportunities dictate. The first tranche will begin in late July/early August as soon as practical after Farm Service Agency crop reporting is completed by July 15th. If conditions warrant, the second and third tranches will be made in November and early January.

Additionally, CCC Charter Act authority will be used to implement a $1.4 billion Food Purchase and Distribution Program (FPDP) through the Agricultural Marketing Service (AMS) to purchase surplus commodities affected by trade retaliation such as fruits, vegetables, some processed foods, beef, pork, lamb, poultry, and milk for distribution by the Food and Nutrition Service (FNS) to food banks, schools, and other outlets serving low-income individuals.

CCC will use its Charter Act authority for $100 million issued through the Agricultural Trade Promotion (ATP) administered by the Foreign Agriculture Service (FAS) assist in developing new export markets.

We are still holding a fair amount of cash.  I am not sure would put long term funds to work ahead of three-day weekend.  There are a lot of trading ideas as so many great names are oversold on short –term basis. To get started with Hotline today, click here.

Equity futures have been higher all morning but fading as we get closer to the opening bell.  April Durable Goods report isn’t helping this morning, coming in worse than expected, coupled with big negative revisions.

While it’s been a rough few weeks for the market, I remain very impressed key support points have held.  On that note, however, the right combination of events hasn’t materialized to force the issue.   The great news is we know what we want to buy and become more excited the lower the price(s) becomes.