Is The White House Preparing A $15bn Aid Package For US Farmers? 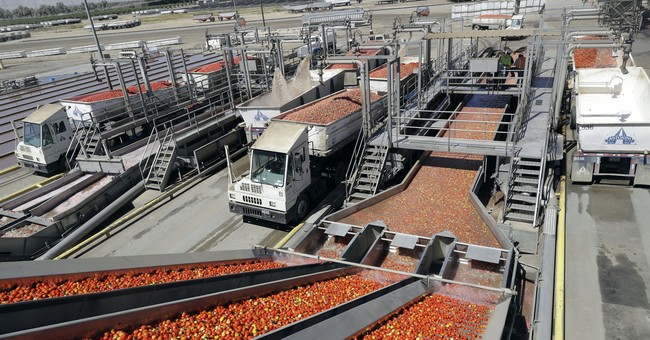 Scuttlebutt has it that the White House is preparing a $15.0 billion aid package for American farmers targeted by China. I know farmers would rather not take any help, but most I know personally, also know they are being targeted for political reasons. They deserve our help and we should stay the course.

While mainstream media is talking about the plight of farmers, now is a good time to discuss long-term trends (preceding the current China trade assault) and solutions that got zero coverage during a collapse.

Another story that is being misconstrued is the current challenges of brick-and-mortar retailers and the strength of American consumers. Perhaps it’s because they are household names, and “bad news” sales are something the financial media talks a lot about, especially the financial misses in J.C. Penney (JCP) and Ascena Retail Group (ASNA) yesterday, but their problems are long and deep.

Ascena was originally called Dress Barn, but that name lost luster, and the parent company changed its name and went on a buying spree.

Moreover, there is no industry that exemplifies Creative Destruction more than retail, where so many household names of my youth are from, including the biggest names in the industry. Even Gap Stores (GPS) is in the process of closing half of their namesake stores while planning to spinoff the profitable Old Navy unit.

Some current retailers are hanging by a thread and have a combined market capitalization of one billion dollars, which tells anyone all they need to know about whether they are accurate proxies for consumers and the U.S. economy.

Kohl’s (KSS) was the only report that was genuinely problematic, although earnings estimates were drifting. The Amazon (AMZN) deal can’t come quick enough, although even without that, I think the stock is oversold.

After the close, Nordstrom (JWN) and Urban Outfitters (URBN) stumbled on earnings results.

As more and more billionaires jump on the rhetorical bandwagon, giving lip-service to the urgency to cure income inequality and even raise taxes to implement bigger government, some are just flossing like the good-old Gordon Gekko days; hedge fund titan Steve Cohen continues to floss.

Yesterday, Artnet.com reported Cohen was the mysterious buyer of the Jeff Koons rabbit sculpture that set a record price for a living artist. The $91.0 million bid was submitted by art dealer Bob Mnuchin (yes, Steven Mnuchin’s dad) on behalf of Cohen.

The stainless-steel sculpture of a three-foot-tall inflatable rabbit (bunny) was a part of a two-day sale that brought in $2.0 billion.

I know beauty is in the eye of the beholder. For many, this may seem like the ultimate vanity purchase, but until or unless the government outlaws ultra-wealthy people, it’s probably a great investment.

However, I do think it will be mentioned in a presidential speech about the need to tax assets.

While the talk will be about $91 million bunnies if ever implemented into law, it will eventually reach your collection of Pet Rocks and Beanie Babies.