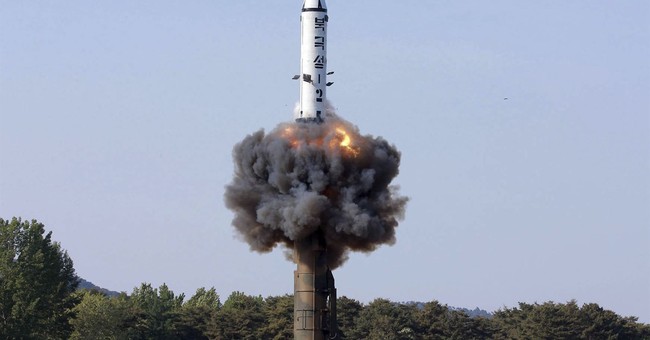 All the major indices finished the day marginally higher.

Talk about going out with a whimper.  The market stumbled into the close after all attempts to gain traction came up short ahead of the Singapore Summit.

The good news is there wasn’t a sense of panic, just a lack of a catalysts to propel the market higher.  Still, market breadth was extremely bullish as the NYSE and NASDAQ combined for 347 new 52-week highs against only 52 new lows.

The investment themes I’ve been pointing out continue to work, with consumer staples the best performing sector of the session.   There is classic bottom fishing going on with big money pouring into big losers.

The household names below have been around for generations and have recovered before. So is this smart long term money or have these names attracted the fast money crowd?   I think it’s a combination of both.

If you want to know why fast money traders would be sifting through these names take a look at the action after the close, two names written off for dead in the past fifty-weeks were big winners.

If the moves hold, RH will be up more than 200% from its lowest point in the past year, quite remarkable.

Economy Growth/Investment:  As for the economic angle for today’s meeting between President Trump and Kim Jung Un we have entered the Asian Century where eastern economies are poised to surge past western economies.  The region is a washed in cash.

If peace can be attained rapid prosperity is sure to follow and there would be no shortage of funds to jump start the process.  Six of North Korea’s neighbors have combined foreign reserves approaching six trillion dollars.

There won’t be any overnight miracles, but if there are no more nuclear bomb and long-range missile test it would be a catalyst for even faster economic development in the region and the world.

Moving up the Hands of Time

Behind the Curve: North Korea is Playing Catch Up (source Statista)

Moving Back the Hands of Time

Global Instability: After sixteen missile launches in 2017 the Doomsday Clock moved within two minutes of midnight for the first time since 1953 when the Soviets made their first H-bomb test.

In 2017, world leaders failed to respond effectively to the looming threats of nuclear war and climate change, making the world security situation more dangerous than it was a year ago—and as dangerous as it has been since World War II. The greatest risks last year arose in the nuclear realm. North Korea’s nuclear weapons program made remarkable progress in 2017, increasing risks to North Korea itself, other countries in the region, and the United States. Hyperbolic rhetoric and provocative actions by both sides have increased the possibility of nuclear war by accident or miscalculation.

1953 IT IS 2 MINUTES TO MIDNIGHT After much debate, the United States decides to pursue the hydrogen bomb, a weapon far more powerful than any atomic bomb. In October 1952, the United States tests its first thermonuclear device, obliterating a Pacific Ocean islet in the process; nine months later, the Soviets test an H-bomb of their own. “The hands of the Clock of Doom have moved again,” “Only a few more swings of the pendulum, and, from Moscow to Chicago, atomic explosions will strike midnight for Western civilization.”

I think the Singapore Summit went as well as possible even as the usual pundits are making predictable comments mostly based on whether they like or dislike President Trump.

The market’s muted reaction is fine moving the process along is bullish for potential world peace.   Under a different President I suspect more money would be put to work but this never happened under previous administrations (face to face meeting).   I think the event and outcome are the right foundation for an eventual deal.

Now, the market will shift to the economy and Federal Reserve.

Right now the Atlanta Fed is modelling for an amazing quarter of growth and modest inflation which would allow the Fed to take a more pedestrian approach to future rate hikes.