Who Was Helped By US Pulling Out Of Iran Deal? 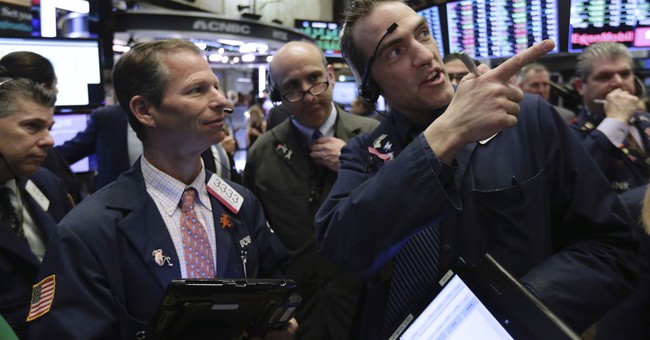 On Wednesday, the tenure of the rally firmed up as market breadth continues to become decidedly more bullish. I like that new highs are surging, but advancing volume, almost doubled declining volume for the NYSE, and the NASDAQ also points to the emotional shift to the fear of missing the bounce.

Yesterday, it was the energy sector that got help initially from America pulling out of the Iranian nuclear deal and news of a massive decline in crude inventory.

It’s the kind of market that you can root for because it’s exhibiting true grit and getting help beyond only those glamour technology names. There are several bullish signs seen during this 5-day stock market winning streak:

Last Tuesday, the market arrested a late pullback to rally into the close that saw the Dow Jones Industrial Average finish the session 219 points higher than its intraday low point. Looking back, I’m beginning to wonder if that was an inflection point.

Historically, major turns in the market don’t happen with much fanfare. The market begins to trade higher even as fear remains omnipresent, all the while the market is marching higher. There are no longer huge swoons into the close.

Last week saw the market an even more impressive intraday reversal each day into Friday.  Consequentially, we saw the formation of a reverse head-and-shoulders chart formation, which is more often than not very bullish.

In addition to its inflection and resolve, major indices are closing above trend lines in the process snapping the pattern of lower highs, which is a buy signal.

Over the past five trading sessions, technology has regained its swagger even if it’s been somewhat uneven. Apple (AAPL) has been the big mover in the sector, but semiconductors have lagged but came on strong yesterday - the hottest sectors after tech:

Financials (+3.25%) have been led by non-bank companies such as MSCI Inc (MSCI) and Moody’s Corp (MCO), but money center banks seem poised to take off.

The lack of fear in the market was underscored by the continued decline in the utility sector, and the plaguing CBOE Volatility (VIX) Index closed the session at its lowest point since February 1st.

The Bureau of Labor Statistics reported the Consumer Price Index (CPI) for April increased 0.2% compared to a decrease of 0.1% in March.  On a trailing twelve-month basis, the index rose 2.5%.

The numbers indicate inflation remains in check.  Transportation services have been on the rise and will have to be watched closely.

This new rally appears to have legs as the futures are pointing to another positive open.

Matt Vespa|
Tim Scott Responds to Rep Val Demings' Incendiary Comments for Trump
Cortney O'Brien|
Tucker: We Have Jared Kushner to Thank for These Riots
Beth Baumann|
Grenell Corrects CNN Analyst For Reporting on DC Protests: 'You Watched It on TV and Think You Saw Everything?'
Leah Barkoukis|
Five Years After Freddie Gray Riots, Baltimore is the Model of Peaceful Protesting
Ellie Bufkin|