No Tomorrow Living for Today 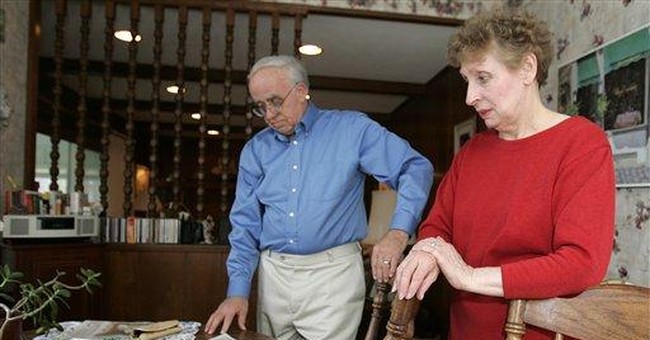 "I, not events, have the power to make me happy or unhappy today. I can choose which it shall be. Yesterday is dead, tomorrow hasn't arrived yet. I have just one day, today, and I'm going to be happy in it." -Groucho Marx

The shocking headline from Employee Benefit Research Institute (ebri.org) probably didn't make any headlines in Main Street newspapers, and didn't trend anywhere, but it's hard to think of any more damming news than 36% of workers only have $1,000 or less saved up for retirement. It's beyond shocking to mortifying, and yet there isn't a sense of urgency to make this better. On the contrary, whenever I turn on the television or pick up a magazine (I'm old school), the chatter is more about the up-coming crash in the stock market and why the housing rebound is on shaky ground.

Ironically, even as traditional avenues for wealth accumulation, the stock market and home ownership have been firing on all cylinders, people actually slipped into a more precarious situation. In 2013, only 28% of workers had $1,000 or less squirreled away for retirement. At this rate people will have to work forever and retirement will consist of a single weekend in Atlantic City. Yet there is no sense of urgency, from what I can tell, as more and more Americans kind of give up on the future. It's not only retirement, but the stuff we always saved and sacrificed for we believe in less and less.

To be sure people are saving money, but not enough for things like retirement, to purchase a home or put a kid through college. Here's the rub - they are doing this on purpose, and that's the problem people have such little faith in the future they're saving for other things. Workers Saving for Retirement:

What's happening in America is that people are retreating from so many things that made the nation great in the first place. It's one thing to talk about living for the day, especially for someone who was as wealthy as Grouhco Marx. His meteoric career coincided with the Great Depression beginning with 'Animal Crackers' in 1930, then a string of hits 'Horse Feathers' (32), 'Duck Soup' (33), 'A Night at the Opera' (35) and 'A Day at the Races' (37).

When they weren't watching movies, Marx Brother fans had no choice except to live day to day.

Over the past decade an alarming trend has emerged where people simply are less willing to sacrifice for a better future for themselves or their families. Sure, they're saving less but it's what they're trading for that tells the story. Forget about college, a home or retirement and live for the moment. Buy that fishing gear you want after putting aside cash for a couple of months and stuff some under the mattress in case all hell breaks loose.

Here's the rub: if too many people give up on the notion of patience, sacrifice and commitment that comes with saving for things that can change one's life, then those lives never change and the nation doesn't move forward. I get it...there is a lot of noise about this being the end. I hear it every day, usually from people that make fortunes selling books, giving speeches or trading on the chaos of fear.

They can be wrong for years at a time, but live a great life - those that buy into their doomsday scenario live week to week, ignoring American Dreams and opportunities.

That brings us to the paltry amount of money saved for retirement. Over the years, the saving percentage of people in the lower 20% quintile hasn't budged much, and neither has the top 10%.The middle class, on the other hand, has seen their wages whacked (see table) and consequently it's impacted the percentage of those saving for the future. That being said, with the way things are going now the Golden Years will boil down to a great weekend in Atlantic City.