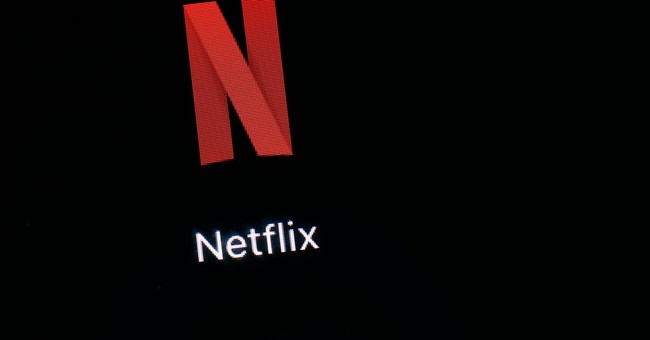 Various investors and financial advisors who have Netflix in their, or their clients’, portfolios have asked me if there is something they can do in response to the deplorable marketing of the film ‘Cuties’ by Netflix. I would suggest that if you have Netflix among your investments, either directly or as part of a mutual fund (and there is a pretty good chance that you do), you have a great deal more power than you think you do. The funds in which you are shareholders have the legal right to vote for (or against!) members of the board of directors, which sets policy and chooses the CEO. In addition, funds with holdings of $2,500 or more for one year, actually have a right to put a resolution before every other shareholder which has binding authority. Various ideological identity groups have used small investments to completely dominate the discussion. It’s time for people who uphold basic principles of sexual morality (including not sexualizing children) to use the authority we already have. You can't force funds to hold Netflix accountable, but you can at the very least force them to think about their responsibility.

The statement below is designed for investors to send to large funds which own Netflix. You can use all of this letter, or copy any section you like, or you can write about your concerns in your own words. At the bottom of the letter is a set of links to the large firms which hold Netflix. You probably have at least one of them in your 401(k) or IRA.

I am writing to you as an investor in your fund who has noticed that you have a substantial investment in Netflix. I understand that this investment in Netflix is due to internal rules and systems and is not subject to change on the whims of managers, and I am not asking that your fund drop its investments in Netflix. Instead, I am asking that you engage with Netflix on behalf of investors who have serious moral and financial concerns about the company, its success, and its moral state in the wake of the controversy surrounding the promotion of the film Cuties. Aside from the obvious ethical failure of promoting erotic dancing by children as a means of escaping “traditional values,” this scandal may have damaged Netflix’ appeal as an investment, which impacts the bottom line of those such as myself who own it through investment funds.

Over the course of September, Netflix has underperformed the NASDAQ. As of this writing, Netflix’ stock has declined at the rate of -12.36% from September 1st, approximately when this controversy began. Over the same period, the NASDAQ 100 has declined by only a rate of -9.96%. Of course, stock market prices are determined by a wide variety of factors and subject to variation, but Netflix’ underperformance has coincided with a major controversy for the company. As such, Netflix’ leadership would be unwise to completely disregard this signal from the markets.

Furthermore, Netflix is facing substantial risk from both state and federal government. Four state attorneys general have demanded the film Cuties be removed from Netflix’ catalogue. Three sitting U.S. Senators have asked Netflix directly to explain their marketing of the film.

One of these Senators, Ted Cruz of Texas, has even asked the Department of Justice to investigate whether Netflix has violated federal laws against the production and distribution of child pornography. Needless to say, these represent substantial risks to the company, and whether legal action materializes or not, Netflix has suffered a loss in prestige that cannot be denied, as evidenced by the spike in cancellations and negative media coverage.

I believe that these actions are morally unconscionable and may have raised investment risk, and I ask that you use the leverage at your disposal as an investment fund to encourage change at Netflix. For starters, Netflix should consider instituting a program promoting viewpoint diversity at the company. Netflix has programs devoted to encouraging diversity in gender, race, and sexuality, but has no programs to ensure diversity of values, ideology, and political viewpoint among its employees. At Netflix’ annual shareholder meeting, the board lobbied against the passage of a resolution designed to do just that.

This resolution merely asked Netflix to produce a report about the potential risks of omitting viewpoint and ideology from its Equal Employment Opportunity policy, but at the urging of the Board of Directors, it failed to pass. Perhaps Netflix would not be in the situation it finds itself in now if it had taken its shareholder’s legitimate concerns about viewpoint diversity and ideological suppression seriously. How is it that the Cuties poster and description generated a national controversy, but raised no red flags inside the company? This failure betrays a deep-seated ideological monoculture at our company. Netflix publicly apologized for its poster and description, removed the offensive material, and posted a video with the director as an act of damage control. They have acknowledged publicly that their marketing of the film was inappropriate, yet there has been no indication that Netflix is doing anything to change the culture that produced this scandal. Is Netflix truly so insular that it could not have anticipated this backlash? Perhaps individuals who are sympathetic to a “conservative family’s traditions” would have been more likely to object to a promotion campaign that trashes those traditions. This is exactly the sort of thing that Netflix’ investors should be encouraging. The root causes of the Cuties scandal are not merely matters of internal concern at the company – Netflix’ failures have the potential to affect the bottom line of their investors.

A problem this significant demands a serious process of self-examination by the company, one that originates from the Board level, not the management team which dropped the ball. It should include not be just the issues mentioned above regarding the well-known tech company cultural bubble, but also the moral and cultural risks associated with morally debased content, especially that which involves children and teens.

This letter is not intended as an attack on the fund I am invested in, or to encourage a boycott of Netflix. I am in no sense accusing you of being an enabler or participant in Netflix’ morally reprehensible and financially reckless conduct. I am simply a concerned investor who is attempting to enact change at a company that I have a financial stake in. When things go poorly for the company, they go poorly for its investors, and when things go well for the company, things go well for its investors.

Under normal circumstances, the matter of a single film’s poster and description would be too trivial to be of concern to the bulk of investors. But in this case, the marketing was so egregious that Netflix has incurred risks substantial enough to warrant significant concern among those with a vested interest in Netflix’ success. Beyond the financial costs to investors, which may be considerable, there is a moral cost that must be given serious consideration. At least one Senator has raised the possibility that, through its promotion of Cuties, Netflix was complicit in the production of child pornography. This is a very grave matter, one which merits engagement by both shareholders and investment funds. In the interest of both morality and the financial success of investors, I ask that you engage with Netflix directly on behalf of your investors and alert them to my concerns.
_____________________________________________________________________

Some of the ETFs with the largest holdings in Netflix are Capital Research Global Investors, BlackRock Inc, Vanguard, the IBD Breakout Opportunities ETF, and Fidelity Investments. If you are invested in any of these funds, you can send this letter to them directly using the links below.

Capital Group. (If you invest with Capital Group, you may need to sign in to see further options to contact them.)