Investment Activists Are Trying To Finish Off The Energy Industry 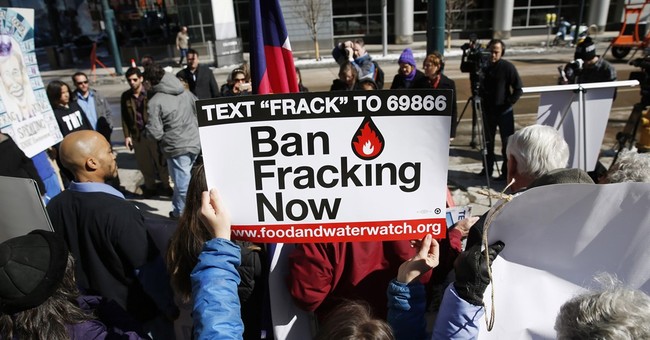 The energy industry is going through a massive crisis. As the economic shutdown curbed demand, oil prices plummeted into negative territory for the first time ever on April 20th. The reality of an extended economic shutdown is plunging entire sectors of our economy into crisis, but few have experienced the turmoil that has rocked the energy industry. We are in bizarre times and the future of the fossil fuels industry is uncertain.

One would think in a time like this we would put aside our partisan nonsense and focus on the immense task at hand, but that would be too optimistic. For years, climate change activists have been pressuring major institutions to divest from the fossil fuels industry. Woke capitalism never rests, and these activists won’t let something as trivial as a global pandemic interfere with their plans to kill one of our most important industries. This activism is done under the banner of “ESG,” (Environmental, Social, and Governance) which is often little more than a polite euphemism for left-wing corporate activism. Refusing to settle for less than total ideological domination of the boardroom, shareholder activists are pouncing on the energy industry that is already in dire circumstances to kill it off for good.

As the shutdown began in early-mid March, Fortune.com featured a piece from one of the leading activists, encouraging divestment from the oil industry. This article, intended to promote this ideology, inadvertently exposes the radicalism of the woke capitalist class to the rest of us. The author triumphantly announces all the organizations that have divested from the industry in recent years: “Beginning in 2012, environmental activists around the world, myself included, began calling for institutions to divest their holdings in fossil fuels […] the push quickly gained steam, becoming the biggest anticorporate campaign in history. As of December 2019, some $12?trillion worth of endowments and portfolios had divested,” wrote Bill McKibben. As if it were a good thing, he goes on to quote CNBC anchor Jim Cramer’s assessment that “we’re starting to see divestment all over the world” and that the fossil fuel industry is “in the death knell phase.”

Let’s make something clear: The energy industry built the modern world. It employs innumerable amounts of people. It is the engine behind rapid industrialization and modernization. It has lifted millions at a minimum out of absolute poverty, and the type of life that allows one to spend their days lobbying corporations is only possible because of the material wealth that burning fossil fuels has given us. The activist obsession with ending the use of fossil fuels industry is essentially pretentious elitism: increasing the standard of living for millions or even billions is ignored in favor of the hysteria of a doomsday cult.

A doomsday cult which has, unfortunately, penetrated some of the highest levels of American politics and business: for instance, JPMorgan Chase, a massive investment bank that recently commissioned a group of economists to write an internal report (later obtained by the press) which concluded that the energy industry would need to transition off oil and gas if “if the human race is going to survive.” In the never-ending crusade to establish total ideological domination of the corporate boardroom, a report like that has incredible propaganda potential.

The unfortunate reality is that these activists exercise a massive amount of influence in the corporate world, and of all the “ESG” issues, climate change is perhaps the highest priority. We should be asking ourselves whether the companies we’re invested in are entrenched in the climate change hysteria, and whether they’re misusing investor resources at the bidding of a small group of activists. If you don’t believe that the human race will cease to exist unless we stop using oil, then you shouldn’t let the fanatics who do believe that control your investments. Investors are well within their rights to exercise their authority as shareholders, and push back against the climate extremists who are trying to destroy an essential part of the global economy.