Media Says Kamala Harris Tanked In Dem Debates -- What Do The Markets Say? 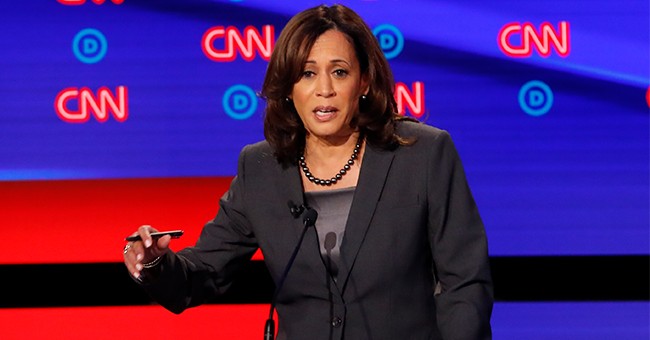 Last Tuesday and Wednesday, the Democratic party hosted their second round of debates. Following the last debate, the consensus was that Kamala Harris had overtaken Joe Biden as the front-runner. That’s no longer the case.

On the political betting market PredictIt, Biden now occupies the top-spot again. Before the debate, Biden was 23% and Harris was at 24%. Now Biden is at 27% and Harris has fallen to 17%. Elizabeth Warren now sits in second place at 23%.

Tulsi Gabbard can be thanked for Harris’ major decline, but her scathing attack on the Senator’s record as AG of California didn’t do much to help the congresswoman’s own chances - not unlike what happened between Marco Rubio and Chris Christie during the 2016 Republican primary.

Marco Rubio had been picking up momentum from the previous debates and looked to be the candidate to take out Donald Trump, just as Kamala Harris had picked up momentum from her debate performance and was thought to be the candidate to take out Joe Biden. In both cases, a distant competitor tanked the front-runner’s chances, but weren’t able to boost their own campaigns in the process. Christie did not become a serious contender after eviscerating Rubio, and Gabbard is only at 6% despite taking Harris down to 2/3rds of where she was.

However, many in conservative media have overstated how bad that debate was for Harris. The bettors still think she’s the 3rd most likely candidate to become the nominee. Kamala Harris is a very strong candidate, despite her mixed record as Attorney General, and 2 minutes out of 4 hours of debate are not going to spell the end for her candidacy.