Crisis-Ridden Turkey To Buy Russian Missiles Instead Of American Fighters 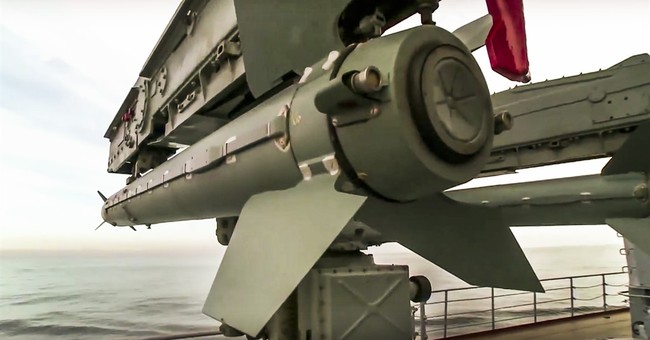 Turkey is in the midst of another major crisis – in fact, they’re in the midst of three. The situation in Turkey should be of interest to Americans, as President Erdogan is signaling a re-orientation towards Russia with a planned purchase of Russian anti-air missiles. Adding insult to injury, buying the Russian missile system necessarily entails not buying American F-35 jets.

If this purchase goes through, the US will be obligated to impose sanctions on Turkey. This is significant, as we often forget that Turkey is in fact a member of NATO and an ally of the US.

Turkey seems to be perpetually fragile in the political, international, and economic arenas – always on the brink of crisis due to central bank policy, or power-grabs by the president, or civil wars in neighboring states.

Their current political crisis was a result of an economic crisis; the collapse of the Turkish Lira and subsequent recession directly led to the defeat of Erdogan’s party in local elections. Which is exactly what happens in fragile countries: crises beget crises. President Erdogan, as dictators tend to do, is claiming that the elections were “entirely” fraudulent, and is pushing for a recount (presumably so he can rig the vote in favor of the AKP).

Meanwhile, on the economic front, Turkey’s finance minister (who also happens to be Erdogan’s son-in-law) has unveiled a new plan to tackle Turkey’s debt problems. Per the FT:

“A plan to recapitalise Turkey’s struggling state banks by issuing government bonds worth TL28bn ($4.9bn) was the centrepiece of the programme announced on Wednesday by Berat Albayrak. He also promised reforms to tax collection and pensions, and plans to boost exports. Mr Albayrak said the injection of capital, combined with a plan to take some bad loans off banks’ balance sheets, would improve the liquidity and the capital levels of state banks.”

Additionally, the government is increasing regulations on banks, through limitations on bonuses and dividend payments, and tighter rules surrounding lending. Among the worrying parts of this plan is the capital injection, which will increase Turkey’s already substantial debt burden, and further destabilize their fiscal situation.

It’s easy to see how this could lead into another crisis. Erdogan’s party relies on the promise of continued economic growth, and when things go wrong, the government responds with slap-dash short-term measures that often make the situation worse. For instance, when food prices were going up, the government set up shops where they sold food at a loss, simultaneously weakening their own fiscal position while undermining private grocers. Now, in order to deal with their debt problem, the government has announced a plan that will increase their debt.

When the economy starts doing bad, so does the AKP, and because Erdogan wants as much power for as long as possible, he interferes in the economy. This is one of Turkey’s perennial problems: political influence on the central bank. When the economy slows down, Erdogan pressures the central bank to cut interest rates, which makes the financial markets even more dependent on easy money than they already were. At some point, rates have to rise, like they did last year, and then we get financial crises, like the one we’re in today: Turkey is in the midst of a recession and is expected to continue to shrink in 2019. The Turkish Lira is getting weaker, and Erdogan not being the type of man to let a good crisis go to waste, typically uses currency crises as an opportunity to grab more power. Inflation is going up, but the central bank is under direct pressure to not raise rates.

In short, Turkey is dealing with a geopolitical crisis, a domestic political crisis, and an economic crisis. Unfortunately, nothing in Erdogan’s history indicates that he’ll be willing to deal with their compounding emergencies in a way that won’t set them up for future crises.