How Markets Are Reacting To Cohen Testimony 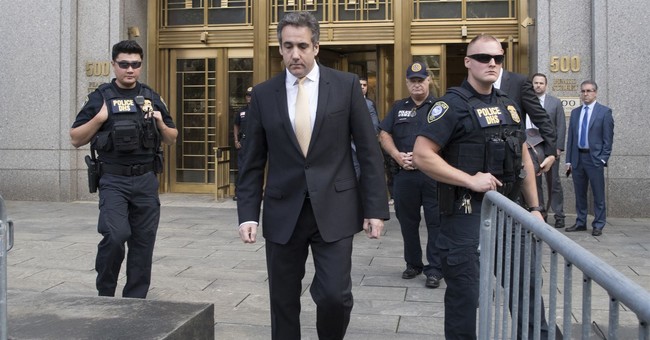 How Markets Are Reacting To The Cohen Testimony

You might have forgotten about it given the insanity of the news cycle over the weekend, but it was less than a week ago that Michael Cohen implicated President Trump as an unindicted co-conspirator in a crime. The death of Senator McCain, the revelations regarding Pope Francis and his alleged role in the Catholic sex abuse cover-up, and the mass shooting in Jacksonville have overshadowed that news, but the Cohen testimony is the only thing that matters for political betting markets.

Republicans Slightly Stronger In The Senate

Republicans are up to 77% to keep their majority in the Senate, having sat at 75% before the Cohen news. Time and again we’ve seen that bad news for Trump doesn’t help Democrats in the Senate. Last week I argued that Republicans should tie themselves to Trump in the House. But the Senate is a different story. Senators, by the very nature of the Senate, are judged more as individuals than Congressmen are. Senators maintain a high enough profile that they are viewed as inherently distinct from the president. So don’t expect Trump impeachment or indictment news to hit the Senate race too hard.

Dems Get A Small Boost In The House

Republicans picked up 2% in the Senate, Democrats picked up 1% in the House, bringing them to 66%. Again, my view is that Democrats are playing their cards right by not making the race overtly about impeaching Trump. So they should continue to get small boosts as news along the lines of the Cohen testimony keeps popping up. Democratic voters are motivated by the alleged corruption of the Trump administration, but if Dems start talking more openly about impeaching Trump, Trump voters will get a lot more motivated. As long House Democrats maintain the open secret regarding impeachment, they should stick around a healthy 65-70%.

Trump More Likely To Be Impeached

Trump’s now at 43% to be impeached in his first term. He was at 40% before the Cohen testimony. Though it has nothing to do with the Russia collusion hypothesis, Dems will be more justified in pushing for impeachment the more the public views Trump’s administration as fundamentally corrupt.