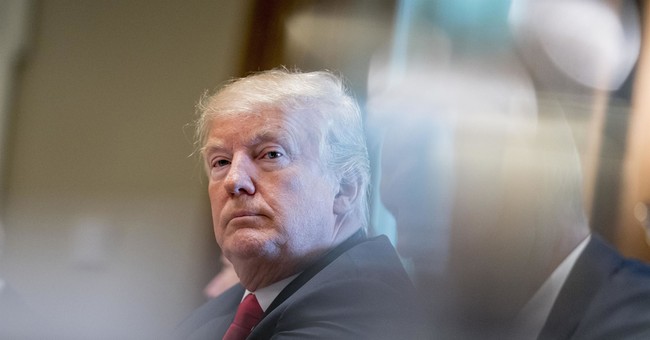 Dems are picking up momentum in the House race – but Trump is no more likely to be impeached. According to the prediction markets, Dems are now at 68% to take the House in November, up from 63% last week. But Trump is still at 39% to be impeached in his first term and hasn’t veered too much from that probability. So what’s going on? Here’s some speculation: Dems are playing the game a lot better than Republicans. As former Trump advisor Steve Bannon pointed out in a recent MSNBC interview, the 2018 midterm really is a referendum on Donald Trump.

The problem is, nobody is acting like it is. Dems aren’t focusing on Trump because if they make this election about his impeachment, it helps Republicans. And Republicans aren’t making this election about Trump because they’re naïve enough to think they can run on tax cuts and GDP growth. But they’re wrong. Trump voters are not going to turn out to vote for establishment Republicans based on tax cuts and GDP growth, and if you think they will, it’s because you haven’t learned the lesson of the 2016 election.

See, a lot of Trump voters don’t really identify with the “Republican” label. Many have contempt for the Republican establishment and even the party in general, and don’t feel any obligation to go out and vote for candidates who aren’t furthering the President’s agenda. Dems have exploited that division by disconnecting the race from Trump. But if the major Democratic candidates were actively and repeatedly talking about impeaching Trump, his voters would show up and vote for the RINO in their district. Steve Bannon, self-serving though he is, said as much in his recent interview.

If Republicans want to keep the House, they should emphasize the rabid hatred for Trump on the other side. They would do well to run ads saying that Dems will try to impeach Trump, that they will “collude” with the intelligence agencies and the “deep state” to undermine Trump. House Republicans should focus less on Pelosi, as terrible as she is, and more on defending the President. I don’t say this because I have loyalty to Trump, but because if you want Trump voters to turn out, you must make this election about him.