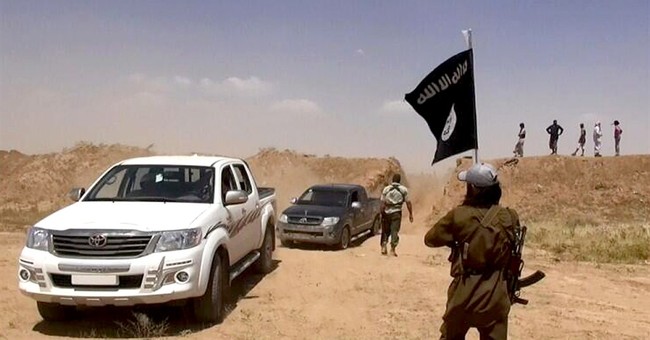 As someone who led the company that transported 550 metric tons of yellowcake uranium—enough to make fourteen Hiroshima-size bombs—from Saddam’s nuclear complex in the Iraq War’s notorious “Triangle of Death” for air shipment out of the country, I know Baathist Iraq’s WMD potential existed. In early 2008, we secretly moved over several nights 140 truckloads carrying 5500 barrels of extremely heavy radioactive material provided to Iraq as part of the French-supplied Osiraq reactor destroyed by Israeli fighter bombers in 1981. The virulently anti-Semitic Saddam had announced “here begins the Arab bomb” and the Israelis took him at his word.

The recent article in the New York Times, however, caught us all by surprise. Random caches of old chemical weapons found post-invasion were old news, but not “roughly 5,000” warheads and bombs, many filled with still active, nerve agent. That’s an enormous quantity even if evidently left over from the 1980s Iran-Iraq War. Just “antiques,” as the Washington Post’s Karen DeYoung quaintly put it at a Center for Strategic and International Studies forum on Iraq.

At the least, this shocker (after so many years of repetitious “Bush lied [about WMD], people died”) further points to the world’s inability to trust that the UN inspectors could ever realistically certify Saddam clean of his nuclear, chemical, and biological weapons programs. He had to be deposed, and the only way to do it was for us to invade and overthrow his dictatorship. Here was a genocidal, expansionist tyrant who had used chemical weapons on his own people and that of a neighboring nation (Iran), publically celebrated 9/11, and allowed a chemical weapons laboratory affiliated with al-Qaeda to operate within his security forces’ reach inside his country’s borders in contested Kurdistan (Khurmal).

The article in the Times references the Duelfer Report that summed up the official American investigation of Iraq’s WMD as definitive in that there were no ongoing WMD programs pre-invasion, yet fails to mention that every section of the report on the different types of weapons of mass destruction concluded that the evidence gathered by investigators clearly indicated that once sanctions were removed Saddam would reinstate his WMD programs. In addition, the article mentions that the chemical weapons program was not active for over ten years, but not the biological weapons program, which extended into 1996 and was only discovered because Saddam’s son-in-law defected, even after five years of aggressive UN inspections.

There’s no question in my mind, Saddamist Iraq would have reconstituted its WMD programs once UN sanctions faded away—a push Security Council veto-wielding members Russia and France were actively working toward because of oil field opportunities. (Petroleum companies from both countries signed huge, new contracts with Saddam pre-invasion.) And given the yellowcake inventory, nuclear weapons with available Pakistani and North Korean technology might not have been far off. After over ten years in effect, the sanctions system was actively degrading with banned flights landing in Baghdad, the Oil for Food program corrupted, and, as a result, would have collapsed if we had not invaded—thus leaving Saddam free to threaten the world again with WMD.

The greater problem, however, of significant quantities of chemical weapons hidden at some date prior to the US invasion points to a current and growing threat. The leader of the neo-Saddamists allied now with ISIS is Izzat al-Douri, a former Iraqi army general and last member of the senior Baathist leadership not executed or imprisoned. There is a distinct possibility that Saddam’s minions hid these munitions with the intention of disinterring them for deterrent use once again. And in fact, this is why Saddam’s military and secret police leaders never ceased to believe Iraq possessed WMD and could therefore project terror onto the Kurds and the rest of the region (Israel and Iran, specifically) until the end because Iraq did possess WMD, even after the dictator’s death by hanging. The Iraqi army and security services did not handle “special” weapons without the knowledge of the regime’s leaders. So to think that Saddam and his immediate circle, including al-Douri, did not know the locations of the WMD discussed in the Times article begs credulity.

Much of the area where the “antique,” yet still potentially potent chemical weapons discovered by US forces is now in the hands of ISIS, the forces of al-Douri, and their allied Sunni Arab tribes undergirding the “caliphate” occupying almost a third of Iraq. With hundreds of Western passport holders fighting in Syria and Iraq, the most immediate threat to the United States is the spread of jihadi terrorism to Europe now that ISIS has a border with Turkey, a gateway to the EU. Can one even imagine the impact of a weaponized sarin-gas attack in Paris?

Carter Andress is president of AISG, Inc. (American-Iraqi Solutions Group) and the author, with Malcolm McConnell, of Victory Undone: The Defeat of al-Qaeda in Iraq and Its Resurrection as ISIS (Regnery, October 2014).