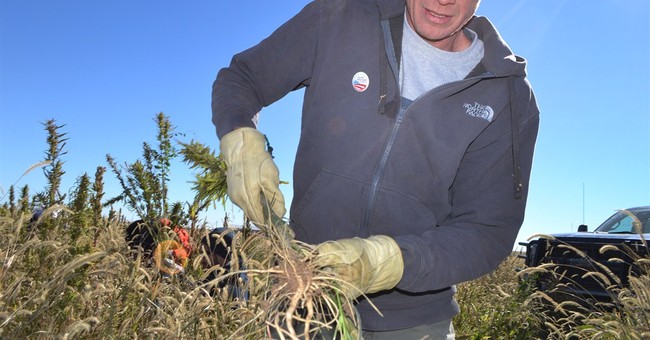 Recent headlines about the condition of the Colorado economy sounded encouraging: Hiring up, Unemployment down in Colorado in December said the Denver Post. Colorado adds 2,200 jobs; unemployment drops to 6-year low according to the Denver Business Journal. A closer look at the numbers gives a more accurate picture of our state's economy.

Scanning the Colorado Labor Department's data reveals a troubling trend; while population totals continue to steadily increase, the total labor force and the number of workers has been shrinking for many months. In other words, we have more mouths to feed, but fewer people working to feed them.

Specifically, 71,582 people left the Colorado work force between June 2013 and December 2013. The total number of employed Coloradans with a job in December was 30,002 fewer than just last August, which was the best month for jobs in 2013. However, according to the Census Department, while workers were declining, Colorado gained nearly 80,000 in total population in 2013.

Colorado typically experiences a jobs surge in the summer months and that held true in 2013. However, unlike last year, in 2011 and 2012 both the workforce and total number of jobs continued to grow slightly into the 3rd and 4th quarters. Even in the sluggish recovery year of 2010, the workforce and jobs totals remained relatively stable in the second half of that year. This makes the shrinking trend in 2013 that much more concerning.

In his State of the State last month Gov. Hickenlooper touted the 170,000 jobs created since 2010. Notably, he failed to mention the declining trend over the last six months, or the fact that there are still 45,000 fewer jobs in Colorado than when the recession began six years ago.

The Governor also bragged that Colorado was the "4th fastest job growth state" in the nation, apparently referring to annual rankings by the W.P. Carey School of Business at Arizona State University. However, that was a 2012 ranking. In 2013, Colorado fell to 10th on the ASU listing of all states. Our standing would have been much worse except for the fact that we created more government jobs than any other state in the country by a substantial margin. Colorado's private sector job growth in 2013 tumbled from 4th to 19th place. The Governor failed to mention that in his speech, too.

Even the left-leaning Colorado Fiscal Institute admits in their most recent analysis that Colorado's economy "continues to plod along" with "mixed results." Some tepid good news can be gleaned from the data, but well into the fifth year of a supposed economic recovery we should be celebrating robust growth not rationalizing mixed results.

Misguided policy decisions have consequences. At the federal level, job killing policies like the Affordable Care Act (aka: Obamacare), the capital restricting Dodd-Frank legislation, the $800 billion stimulus blunder, and an inability to restrain deficit spending are rightfully blamed for the historically unprecedented sluggish national economic recovery.

In Colorado, those same mistaken federal policies have no doubt taken a toll on the state's economy. Added to the federal drag, however, is the impact of ill-conceived state policies generated by the Democrat majority in the legislature and supported by Gov. Hickenlooper including:

If we're really going to have a Colorado that leads the nation in job growth, our leaders need to do more than cherry pick data. Looking more deeply reveals cause for concern and raises serious questions about the public policy decisions of the Democratic political leadership in our state. Even if they won't publicly admit it, hopefully the politicians will study and learn from their mistakes.