Udall the Bully: an "Abuse of Power" 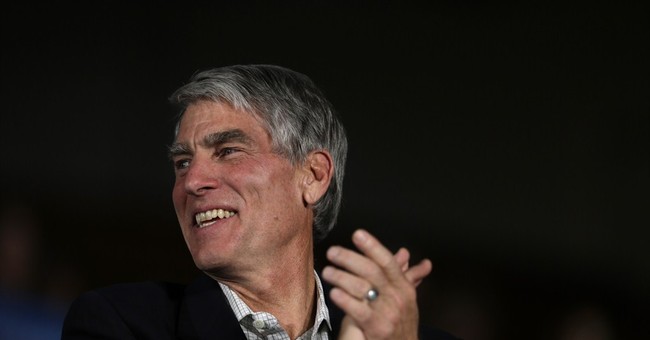 A pattern seems to be developing. Whenever a story about a Democrat Senator is in the press "abuse of power" and "bullying" are part of the fabric.

Kimberly Strassel took up the charge this week in her Wall Street Journal column regarding Harry Reid – "the dictator."

Now, Colorado's Mark Udall finds himself in a pot of boiling water of his own making likewise involving an "abuse of power."

The Colorado Division of Insurance reported weeks ago that 250,000 Coloradans had their health insurance cancelled because of ObamaCare. My wife and Colorado Congressman Cory Gardner were among them.

Udall, with sensitivities heightened by his own reelection challenge and the public's growing anger over ObamaCare which he voted for, put one of his top staffers to work to "bully" the agency into retracting the report and reducing the number of cancellations.

When Jo Donlin, the director of external affairs for the Division of Insurance informed the Senator's office that the Division stood by the report, Udall turned up the heat. Donlin got what she described as a "very hostile call" from the Senator's deputy chief of staff.

During the back and forth with Udall's office, Donlin sent an email alerting her colleagues in the Division of Insurance. "Sen. Udall says our numbers were wrong. They are not wrong. Cancellation notices affected 249,199 people. They want to trash our numbers. I'm holding strong while we get more details. Many have already done early renewals. Regardless, they received cancellation notices."

Udall-the-Bully has understandably gotten wide coverage in Colorado and exposed the real personality behind the carefully managed public persona of a mild-mannered man of nature. The flap has also gotten national attention. See the following Megyn Kelly interview with Congressman Gardner that gets to the meat of the matter.