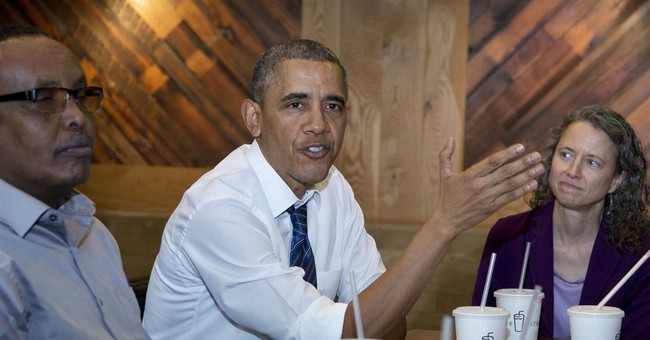 When Barack Obama was first elected President he took to the podium along with his smiling V.P. and announced that

In other words the construction business would be aboomin. Unfortunately like many of the President’s promises, too many to mention, it turned out to be just another illusion. A few years later, when both the President and Vice President were taking questions about the lack of jobs, and their shovel ready promises, they looked at each other, laughed and said “Right”.

Unless we go down the road of the Chinese and build million people cities without residents, shopping malls without shoppers and office buildings without workers the construction business as we once new it will be dead.

Technology in the form of online shopping has methodically eliminated the need for big box video stores, bookstores, and even electronic stores. Government regulation and taxes continue to depress the startup of small businesses and even their continued existance. Town after town and city after city have empty storefronts that stand as monuments to another era.

Now we learn that housing permits have surged to a six year high. Unfortunately, the make up of the permits is primarily multifamily. It reinforces the fact that we continue to be a nation of renters. All this to the chagrin of the nation’s home builders who continue to see the writing on the wall. Thus the expanding blight of vacant house after house.

The President, unknowingly, had the right idea for the expansion of jobs. Unfortunately he misspelled the word. It should be destruction not construction.

The amount of excessive brick and mortar retail space is growing daily and stores like Family Dollar and Staples have announced multiple store closings. Tear them down.

In small towns, all across the country, the empty storefront continues to grow. Tear them down.

Finally, leaving a house empty, year after year, does nothing for the community, the neighborhood, or the house itself. Tear them down.

Mr. President, your policies are creating jobs. These jobs can be filled by the millions who have dropped out of the participation pool. Much like the

This program would not only create jobs, enhance

It’s simply a matter of learning to spell.