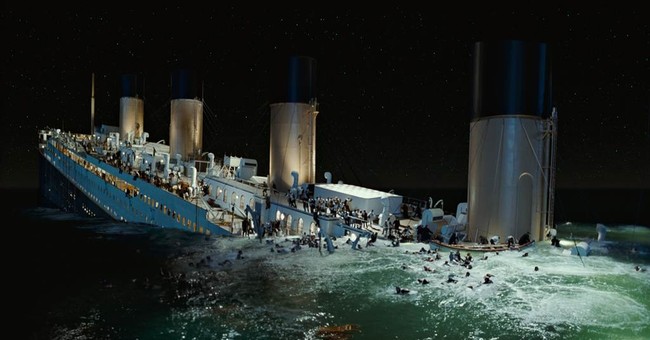 Let’s examine the potential idiocy of being on the outside when all others are embracing the bubble.

Do you remember the 1997 film Titanic? How could we ever forget the lush music, elegant scenery, and unforgettable story line? Yet, what may have passed out of memory was the way in which Leonardo DiCaprio’s character, Jack Dawson, was able to get onboard the ill-fated ship. He won his ticket in a last-minute card game and shouted, “The luckiest day of my life.” For a brief moment, Jack was able to see how the so-called other half (perhaps the original 1%) lived. He romanced a love-starved young traveler, was taken under the wing of “The Unsinkable Molly Brown,” dressed in fine evening attire, and wined and dined like a first-class passenger. Indeed, for a brief moment, it was the luckiest day of his life — the bottom 1% had become the top 1%. If anyone would have dared to tell Jack what was dead ahead, he more than likely would have stared back at the messenger with a look of “balderdash, not even remotely possible.” However, just to make certain, Jack may have turned to his new society friends in order to ask them about the threatening message he had just received. Subsequently, Jack would have been told that the Titanic, while not only being the largest and perhaps fastest passenger liner, was also the safest and absolutely unsinkable.

When stock markets are in a bubble mania (contrary to Mr. Greenspan’s opinion), everyone who’s invested in the market feels just like the top 1% — it’s money that’s made by simply pressing a button, going long, and then it’s off to the country club for drinks and a spot of tennis. Yes, while you’re in the bubble, everyone can wine and dine like they’ve always dreamed. Of course, those not in the bubble will clamor to get in since the bubble supposedly knowsno end.

The storm clouds surrounding the market bubble are much like icebergs floating in the dark of night, all of which are to be ignored. If Jack Dawson was asked if that fleeting moment of being like the top 1% was worth his future and even his life, how do you think he would have responded?

When we are enveloped by the bubble, it seems that nothing else matters and past lessons go right out the window. Unfortunately, whether it’s in the movies or if it pertains to real life, we always know what the ending will be.

Who really is the idiot?