The GOP Can Keep Their California Puppets 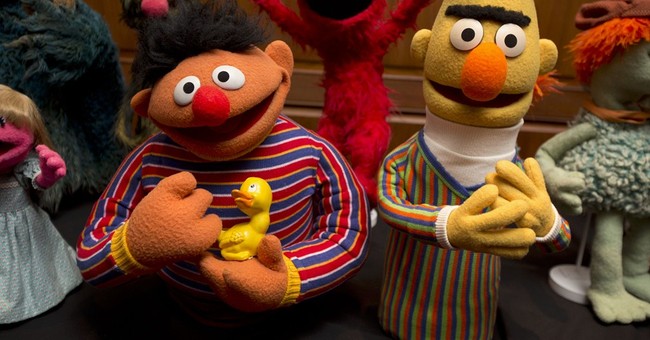 “He was the political figure all politicians fear:the moralist who cannot bear to let any wrong deed go undenounced.As a politician he had the fatal defect of the totally honest man:He insisted on the truth even when the truth was most inconvenient.”Introduction to George Orwell’s Animal Farm by Russell Baker

In 2010 billionaire Meg Whitman ran for governor of California. Whitman had everything going for her; she was a former successful businesswoman, and despite being a little “squishy” on immigration and other issues she had the backing of the establishment GOP.Naturally I wanted to do my civic duties and help in every way possible.

While walking precincts and having doors slammed in my face multiple times (usually preceded by a few choice cuss words), I learned firsthand something that is even more prevalent today: Voters are fed up with having to hold their nose and vote for candidates they don’t believe in.

After the tenth or so door slamming I decided to only go to households that had voted “Republican” in the last 4 elections.I even moved to my own neighborhood, thinking people would be a little friendlier.I was wrong.Not only did the cussing and slamming continue but I also became the pariah of my block...

Despite her multi-millions of dollars and the backing of every establishment GOP-type in America, Meg Whitman lost the election to someone who most people ridiculed prior to the elections:former governor (and former hippie) Jerry “Moonbeam” Brown.The election was Whitman’s to lose—and lose it she did.

So here we are, four years later, facing a GOP primary in which Californians will decide which Republican will run against Jerry Brown.

Over the years as a political reporter, I’ve seen the good, bad and ugly side of politics.I’ve interviewed some slimeball politicians, many of whom have so little backbone I’m not sure how they’re able to walk upright.A few who I thought had hope ended up “going along to get along”, refusing to step outside of the box the Beltway has created for them.And of course, the dozen or so who are truly honorable and worthy of respect—the ones who understand that they work for The People and not The Beltway, are ridiculed, denigrated and shunned by their own party.One of my all-time favorite politicians recently told me, “When I was first elected into Congress, some in the ‘good ol boy’ network told me the only thing I needed to worry about was getting reelected.Forget trying to make waves or upset the apple cart, just do whatever you need to do to keep your job.I hated that and that’s the reason I’ll never go any further in politics—but if something is wrong, I refuse to not try to make it right.”

That type of thinking is as rare as a non-vapid celebrity--and yet we are lucky to have one of those very rare men of the same caliber running for governor here in California.

I first met Tim Donnelly and his wife Rowena years ago at a political event where I was reporting for PolitiChicks.When you attend these events—especially if you have a camera and microphone—people come out of the woodwork trying to get you to interview them for their causes.Tim introduced himself as an Assemblyman so I thought, ‘Oh no, here’s another politician who wants a plug’—but then he added, “And I’m going to be on Comedy Central this week.”

I was sucked in immediately.

Turns out Donnelly had assembled a group of Minutemen to go to the Mexican border to build their own fence.In truth, they weren’t actually going to build hundreds of miles of fencing—they simply wanted to make a point that with American ingenuity and determination, anything was possible.Tim assembled hundreds of men and women who brought along their own tools and supplies and he wanted to prove symbolically that if there was a problem, it was fixable.Of course the left (and many others) ridiculed him, ala the piece on Comedy Central.But I was intrigued.

Over the years I have been watching Donnelly closely.I have seen him “in action” in the California Assembly, sometimes standing alone on the Assembly floor and saying “no” while everyone else says “yes”.I’ve listened to him vent frustrations over jobs-killing taxes and insane regulations, which have created what he calls an “Exodus from California to Texas”.

So now, what I’m seeing coming out of the Establishment Republican camp regarding this election has simultaneously astounded and sickened me.It’s not simply that they’re not supporting Tim; it’s who they are supporting that astounds me.

“Consider his message from this ad: ‘Career politicians are clueless about earning a dollar. All they know is how to spend yours. I’m Neel Kashkari. I’m not a politician, so I actually understand hard work.’

It’s true, he is not a career politician. He is much worse: a Wall Street and Beltway insider who served as an investment banker at Goldman Sachs and then followed Hank Paulson to the Treasury Department, where he ran the TARP program. In that role, his job was to ‘know how to spend’ $700 billion worth of ‘yours’ — in this case, by giving investment banks as much of it as possible, as quickly as possible, without offering any transparency.”

If the GOP wants to “pull people together”, why in the world would they go for a Wall Street elitist who literally gave billions of dollars to big banking?All those “reachable” people already think of the GOP as rich elitists---and yet the GOP establishment has crowned the King of Wall Street the great uniter of California.Sigh.

“While Kashkari may attempt to label himself as a ‘conservative Republican’ by swinging an ax, he is generally what the strange, current political lexicon refers to as a ‘moderate Republican’…or ‘big-donor friendly Republican.’

The question Who does he think he’s kidding? can be asked of many if not most politicians, but Kashkari’s case is a particularly acute form of distance from reality — he is begging to be called out, with each word he says.”

At a recent debate hosted by radio station KFI, Neel was asked why he did such a thing.His answer proved that he might need to spend less money on ax-wielding commercials and more on debate coaches:

“Barack Obama is a partisan warrior…” Kashkari said--and the crowd went wild.Whatever he said after is irrelevant; why anyone claiming to be a Republican would vote for the most opposite-of-everything-Republican in the history of America is dumbfounding.

To be fair, the GOP establishment has a list of claims they’re using to try to explain why they’re supporting Kashkari instead of Donnelly.They even created a website chronicling their claims.So before the debate, a group of us (including a famous movie star)--met at my home and heavily questioned Tim about everything on the website.I’m not listing most of them; some are salacious and/or flat-out lies and don’t deserve mention.I will, however, address the imbecilic charges that Tim is living in the ‘lap of luxury’.I’ve been to his house and have seen his car, which has 300,000 miles on it and once broke down in our driveway.There are no Gucci dresses in Rowena Donnelly’s closet and (sorry Tim), but I’ve seen him wear the same pair of jeans for many years.

Here are a few of the bigger charges on Kashkari’s website followed by answers.

2.“Criminal history” / Gun on a Plane: Donnelly went through airport security with the wrong carry-on bag, which happened to have a handgun in it.

Explanation:It was a mistake for which he has paid the consequences. Tim travels a lot. He lives in the mountains and has to be in Sacramento and all over California so his travel bags remain packed for either car trips or airplane trips. One bag has a handgun the other doesn’t—and he grabbed the wrong bag.

The other “larceny” accusation involved a Sony Walkman when Tim was a freshman in college.Apparently someone stole a friend of Tim’s Walkman so theybroke into a dorm room to try to get it back.They then called the police—on themselves.Tim says with a laugh, “I was a college kid—beer may have been involved…”

Explanation:My personal explanation for this is that 8 years later, we are seeing the results of what happens when you ignore the ever-expanding illegal problem and release illegal prisoners back into America instead of deporting them.There is a war, but no one in Washington seems brave enough to do anything about it.Illegals aren’t comprised of only Mexicans, by the way, and to steal a page from the leftist playbook, you’re a racist if you think they are.(There are dozens of investigative articles siting terrorism and gang violence being brought into our country as a result of our porous borders.)

Explanation:Wrong.You “political experts” are not listening to what the majority of Republican Americans are telling you. Over and over, the establishment has tried to shove the wrong people down our throats.Despite all the money and fancy TV ads they’ve poured into elections, they have failed. As I learned during both the Meg Whitman and Romney elections, citizens are taking their hard-earned right to vote much more seriously than they ever did before. Conservatives are no longer blindly voting for people who don’t represent the original Republican Party platform—and they won’t vote for those “go along to get along and don’t make any waves” candidates who refuse to defend our freedom and fight tyranny and instead fight to serve themselves – which is why the TARP bailout Czar, Kashkari, just dumped 40% of his own net worth into his own campaign while sitting at 2% in the poles, behind a convicted sex offender.

The people of California are speaking out in the polls, and Tim has a commanding lead in the GOP race, and the counties have endorsed him despite efforts by the establishment to make you believe otherwise.

Unlike many of the pollsters and political consultants, I believe Tim Donnelly can win the California governor’s race.He’s a good, decent man—rare indeed in the political world.Anyone who has actually met Tim and heard him talk about his love for God, family and country—especially California—knows he’s the real deal.

The bottom line is that true conservative Californians sick of these bendy, pliable candidates who the GOP is able to manipulate and control once they’re in office.And just about everyone they’ve sent to attack Donnelly are exactly the types I’ve described—including Big Politicians like Jeb Bush who is a big Common Core and amnesty supporter. (Is Kashkari supporting Common Core, too?It’s a question that needs to be asked.)

So dear Establishment, you can keep your puppets—we the real people take Donnelly.

Is Anyone Else Puzzled Over What Joe Biden Did the Day After Ruth Bader Ginsburg's Passing?