Another Case Of Ideology Whacking The Little Guy 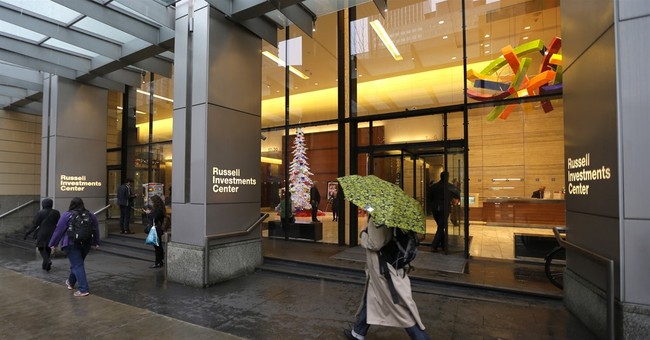 There was a time when progressives could argue, with a straight face, that they were for the “little guy”, that their policies, their ideas, were being offered to help Main Street and Main Street’s working families. Sadly, this is not the case any more. In 2015, it’s ideology uber alles—and in this brave new world, the little guy is almost always on the short end of the stick, especially when it comes to ideologues trying to fundamentally remake the financial services sector.

Little guys use financial services, too—whether it’s the unbanked trying to cash paychecks but finding themselves unable to because check cashing services have been bullied out of existence. Or folks trying to rebuild their credit, but finding themselves limited in the kinds of pre-paid credit cards they can get because new, ideologically-driven proposals are making it harder for those cards to be offered. Or, in this instance, those who are looking for solid, smart, long-term investments like bonds, but who may find that marketplace barren thanks to a federal judge in New York, and an ideologue-turned-senator who is single-handedly trying to sink a legislative fix to a judge’s activist decision.

The common-demoninator in all of this is that Senator, Elizabeth Warren (D-MA), whose work as head of the Consumer Financial Protection Bureau started us down this path. The CFPB, supposedly in the business of protecting consumers, has instead been irreparably harming them by substantially reducing consumer choices in a free marketplace (while at the same time racking up scandal after scandal).

But here we have Sen. Warren following the lead of Federal District Court Judge Shira Scheindlin (no relation to Judge Judy). Judge Scheindlin has ruled in a series of cases that, contrary to a 1939 federal law called the “Trust Indenture Act”, that there must be unanimity among bondholders before a debt can be restructured.

Let’s be clear as to what this means, since were talking about two interconnected principles of democratic corporate governance. The first is that two parties ought to be able to negotiate over business practices (provided the practices are lawful) without the interference of the government. The second is that, when it comes to corporate stewardship, majority rules on a governing board.

Certainly, this is the concept of the TIA—which, since 1939, has allowed for bondholder and debtors to negotiate over fulfillment options should business circumstance change. And it allowed for the bondholders to operate on the concept of majority rule in terms of renegotiation—with good reason, too, because you do not want the bonds to become worthless as a result of a minority of board members or bondholders holding a negotiation hostage.

Sometimes, over the course of a business’ life-cycle, debts need to be renegotiated. There can be a whole host of perfectly legitimate reasons for this, and sensible people understand that concept—both investors and corporate governors. The most important thing is for the debt to not go unpaid, and this is why bondholders and debtors will frequently renegotiate—and will do so privately, between the two parties at issue.

But Judge Scheindlin’s ruling throws this all out—the ability for private renegotiation, the idea that majority rules(except with regard to principal and interest), the core principles of the 76-year-old TIA. When Congress wanted to restrict majority rule they did it narrowly and specifically with respect to principle and interest. Scheindlin’s activist ruling has substituted her own judgment for that of Congress.

In a show of sensibility, Congress was actually going to do something positive, to actually reaffirm, via federal law, that these principles would remain operative, and was moving to pass the Solvency and Restructuring Efficiency Act of 2015. There is bipartisan support for including a provision in the Omnibill that would overturn Judge Scheindlin’s activism.

Unfortunately, sensibility cannot rear its ugly head in Washington without some leading luminary working overtime to ensure that it gets beaten back. In this instance, it’s the foremost of the usual progressive suspects, Sen. Warren, taking to the usual progressive mouthpieces to spin sensible policy into the traditional leftist bogeyman: a Wall Street insider deal.

Why would any borrower undertake a debt obligation if there were no ability to renegotiate, in good faith (and without interference from a costly court involvement)? Why would any group of investors offer such traditionally solid financial products like bonds if they didn’t have some ability to privately negotiate with their debtholders over the possibility to repay? And why would anyone get involved with the governance of these financial deals if their fiduciary duties could be held hostage by a group of minority investors whose motivations may be something other than a maximized return on investment?