The US Disarms Economically, the World Demands More 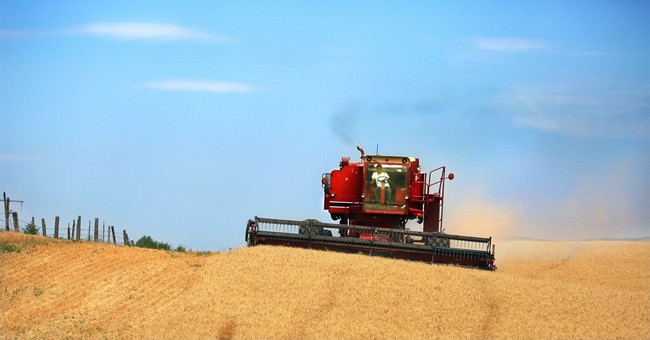 If there is one area in which people on both the left and the right can normally agree, it is that government power, especially government’s power to discharge vast sums of cash to individual businesses, should not be used to wage economic warfare. While the left calls it “corporate welfare,” the right has given it the more-apt name of “crony capitalism” (or, more simply, “cronyism”), since these instances of government “largesse” flowing from the coffers of the treasury to individual companies are generally discharged based upon patronage.

While we in the United States are fighting tooth-and-nail to eliminate aspects of cronyism here are home, American industries are under siege from massive instances of cronyism from abroad—nations who are systematically targeting American businesses using billions of dollars in government monies, in many instances in violation of international trade rules.

A new report from Iowa State University (and released by the US Wheat Associates and the National Association of Wheat Growers) estimates that such predatory cronyist practices, done in defiance of World Trade Organization rules cost American wheat growers approximately $1 billion each year. Brazil, Turkey, India, and (perhaps most importantly, given last month’s visit by the Chinese premier), China, are massively distorting agricultural markets, to the detriment of American growers, who (because the US is following negotiated rules) have seen their oft-criticized subsidies shrink over the years.

This last point is central. The United States has undertaken a major effort to reform its crop support system over the last two decades in an effort to come into come into alignment with both international trade policy as well as essential elements of a truly free-market system. The problem, of course, is that while the US has been doing the right thing both from legal and economic standpoints, other nations have been moving in the opposite direction when it comes to all kinds of agricultural products: wheat, rice, sugar, etc.

Worse, while the US has worked to reform its system, our competitors (heavily subsidized) still claim that it is US subsidies that are distorting the marketplace!

This analysis demonstrates that this simply is not the case—that the US has done, and continues to do the right thing, but that cronyist elements abroad are working diligently and enthusiastically to undercut American farmers.

The end-result, like all instances of cronyism, is to use the power of government monies to essentially drive American firms out of business (in the same way, for instance, that, say, Chinese tech firms use government-sponsored corporate spying to steal trade secrets, which they then can, using near-slave labor, to pull the rug out from under American companies). They spend now, in the hopes that their price supports (and input subsidies) will remove American firms from the marketplace in the long term.

Clearly, in order to ensure the viability of American agriculture over the long-term, we need to recognize that there are pressures that must be addressed by Congress. We must recognize, for instance, that an American regulatory system that costs the economy more than $2 trillion annually is simply unsustainable.

And we have to call predatory economic trade policy and cronyism precisely what it is—the systemic targeting of US firms in defiance of trade rules. In doing so, we can take steps to defend our firms from predation, one of which is the enactment of “Zero-for-Zero,” a policy that works on the precept that we do not unilaterally disarm when it comes to trade. Like military policy, Zero-for-Zero recognizes that there are very real realities, very real threats to the United States, and that we despite the most well-intentioned goals of peace, we should not lay down our arms until our enemies choose to do so (and even then with both caution and skepticism).

No nation should stand bare on the world stage, whether it comes to military or economic might, and Zero-for-Zero helps ensure that economic power remains secure.

CDC Admits Their Numbers on COVID Are off by a Huge Amount.
Redstate
Eric Clapton joins Van Morrison in lockdown song, Outrage from the left ensues
Hotair