The Worst Financial Interview Ever Recorded 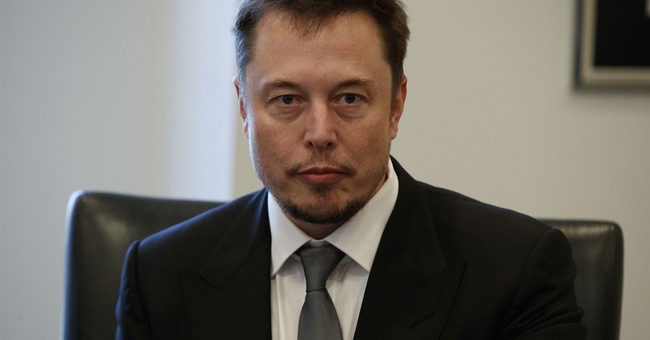 On May 2nd, analysts and investors from the top financial institutions in the world sat down as they normally do for another routine conference call.

What they didn’t know was that Elon Musk was about to launch a verbal war.

One by one, analysts lined up only to be knocked down by Musk who was in no mood to mince words.

When pressed on capital requirements, Musk responded, “Excuse me. Next. Next,” referring to the operator who he wanted to move on to another question.

“Boring, bonehead questions are not cool.”

When asked about Model 3 reservation holders taking the initiative to configure their cars, Musk cut in, “Sorry, these questions are so dry. They’re killing me.”

With nobody on his staff willing or able to cut him off, Musk slammed home with, “I’m not here to convince you to buy our stock. Do not buy it if volatility is scary. There you go.”

Tesla’s stock had closed at $301.15 on the eve of the conference call.

After Musk’s tirade, analyst after analyst came on CNBC to predict the demise of Tesla.

From a fundamental perspective, the stock was done.

You can watch a stock based on fundamental or technical analysis but when making a trade, you must use technicals.

I often say that you can sit down with the CEO of a publicly traded company and have them tell you what will be said on a conference call and that still doesn’t mean you would make money.

The Musk conference call was an extreme version of that example.

He literally told people not to buy his stock and it didn’t matter because on May 7th, 3 days after the conference call, Tesla was back above where it had been trading prior to the Musk Implosion.

The overall markets had rebounded and TSLA had settled on its trading support and popped back above $300.

It was a case study in shutting out the noise and trading the technicals of the stock.

A good idea is only valuable if the stock goes up.

As individual traders, we must use momentum to our advantage and eliminate stocks that are not syncing with our ideas.

In the meantime, if we had the television turned off and just grabbed Tesla at $280, we would have made 7.8% on Tesla in just 3 trading days.

Utilizing stock options would have been even more profitable, but we’ll talk about that next time!

Our Experts Found 9 Stocks You Will Hold Forever

With individual stock selection now more critical than ever, this report is designed to bring you some of our top ideas for the year ahead. One of the companies highlighted in this report controls the smartphone market and now has its sights set on owning a bigger technology. It has the potential to be the most valuable stock in the history of investing. You need to find out the name of this company before the rest of the market does. This Report Is Completely Free, Download Your Copy Today